In the last few years, the Law and Literature movement has gone through an ongoing epistemological revolution. Born initially as a sophisticated and eclectic interest, the Law and Literature approach turned soon into a more critical and purposive approach. This article will attempt to trace an alternative history of this field of studies focusing in particular on the tools of legal anthropology, cognitive archaeology and evolutionary psychology. The main idea is that the Law and Literature movement must be explored in light of its “anthropologicalµ and “cognitiveµ potentials: every legal institution is the product of a set of narratives (myths, symbols, metaphors) developed over the course of centuries by legal and political actors. These narratives represent how human beings have learned to survive in an unfamiliar world creating political communities and legal institutions. By the way in which language and narrative capacity function, new light will be shed on the particular bond between ancient customs and contemporary legal dimensions exploring the origin and at the same time the destiny of every legal community. 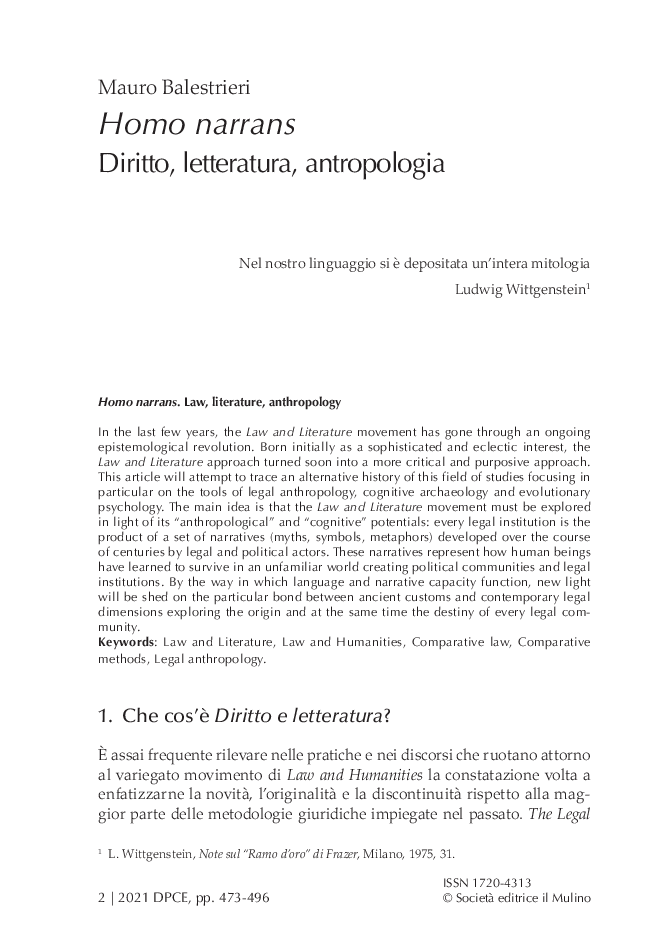