The essay analyzes the concept of militant democracy starting from the theory of Karl Loewenstein to test the transformations of the concept, which has incorporated different forms of defense of the Constitution. In fact, starting with the defense against anti-system parties, which banned them from the constitutional order, the notion of defense of democratic principles today includes, on the one hand, the eternity clauses as a limit to the constitutional revision and the fundamental rights as a limit to European law, and on the other hand, all those clauses or emergency procedures that make it possible to face unforeseeable events (such as the terrorism and the pandemic crisis) but only in compliance with the principle of legality. In addition, the use of the “self-defenseµ tools of the Constitution must always be supervised by the organs, the Constitutional Courts, which are constitutionally responsible for the protection of democracy, with all its historical background of principles, values and rights. Only in this way we can prevent that militant democracy, originally conceived for the defense of the Constitution, can be transformed into an instrument that weakens it. 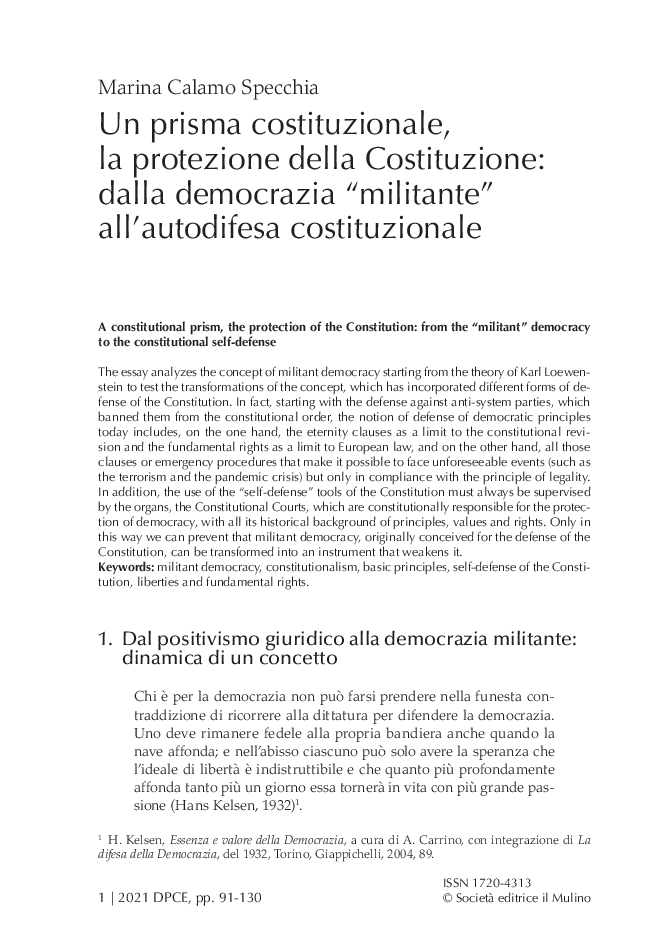