Rethinking the current settings of governance is urged by today's economic and political crisis: the participative praxis is not just burdensome and costly, but seems to be based more on the citizenship of entitlement rather than contribution. This paper discusses a solution, co-production, mostly neglected in Italian policy studies, brought back and developed in the user involvement debate. Co-production is a process through which part of the inputs used to produce a good or a service, but also a policy, are not contributed by the supposed providers (i.e. public officials), but by the receivers (Ostrom 1996). Co-production can reinstate the productivity of participation issue, restore a factually bottom-up perspective and overcome two misleading contrapositions between governance and government, and between inclusive governance and NPM. 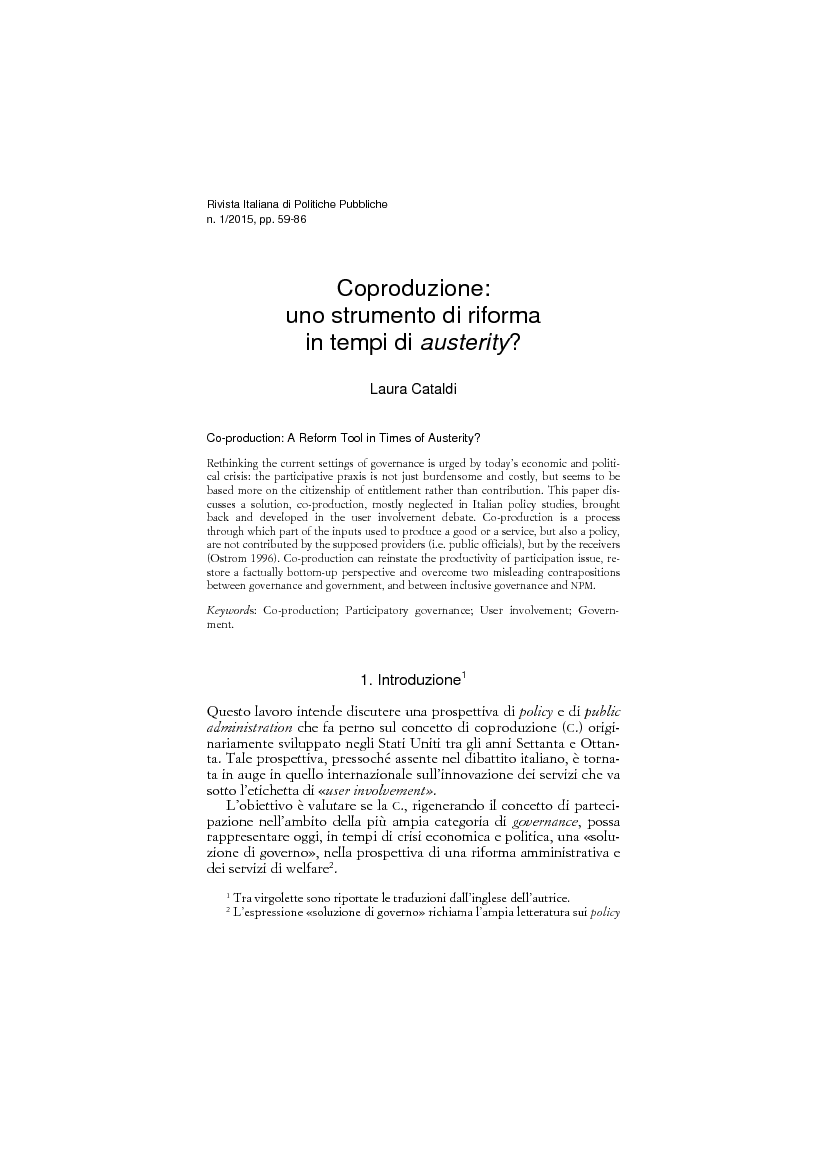