This article, by adopting the deliberative perspective, presents the results of an explorative research concerning the journalistic coverage on public policies provided by five Italian newspapers (Corriere della Sera, la Repubblica, La Stampa, il Giornale, Il Sole 24 Ore). The article aims at testing three hypotheses: 1) Italian newspapers tend to privilege politics rather than public policies 2) the articles focusing on public policies have limited recourse to argumentation, and 3) the debate among opposite arguments is unbalanced. The analysis focuses on the same month in 2011 and 2012. The first hypothesis is confirmed for all the newspapers but Il Sole 24 Ore, the second one is confirmed for all of them, while the third one is confirmed for all, except il Giornale. 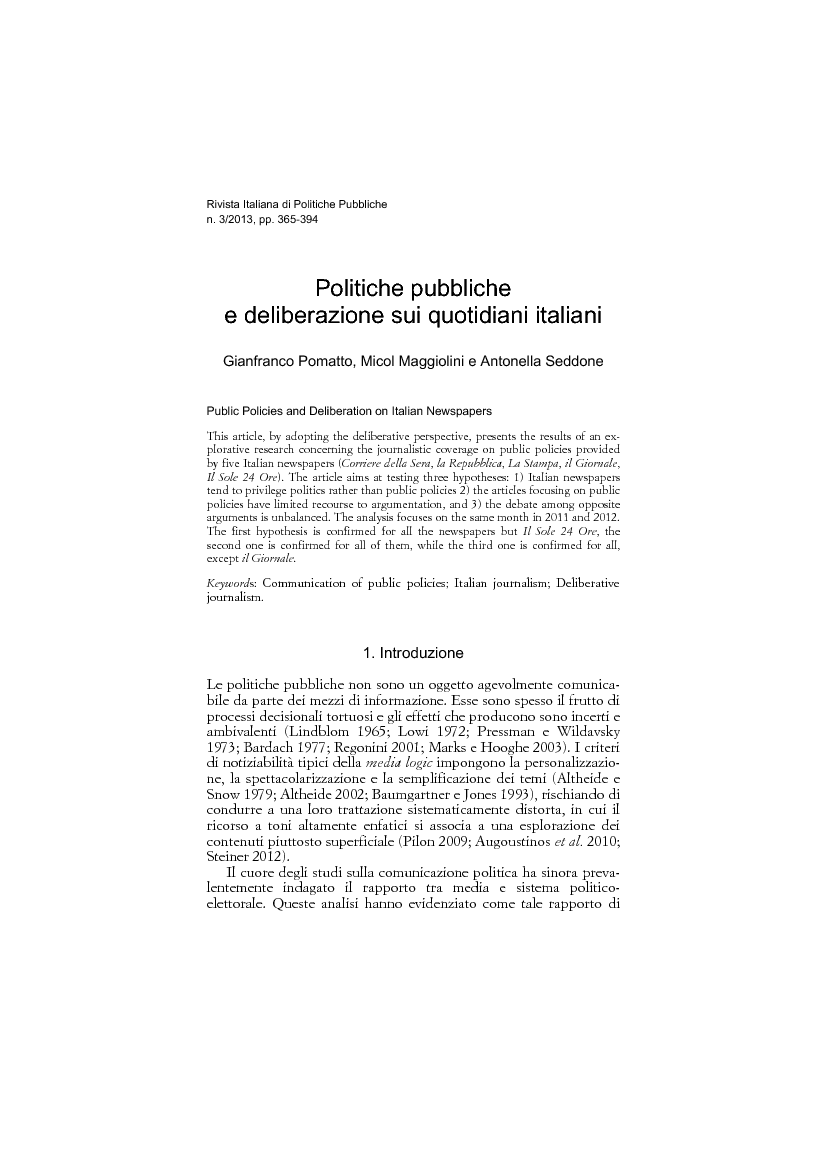