In social psychology, morality is considered as a fundamental dimension of judgment and evaluation, both at the individual and at the group level. Nevertheless, research on morality has been often conducted considering it as an individual construct, that is, as the simple suppression of selfish, or as the suppression of aggressiveness. The present paper reviews evidence on the relevance of morality by taking a group-based approach, which considers the fundamental role of referential groups for the comprehension of the dynamics of morality itself. Such an approach is based on social identity theory as a framework. 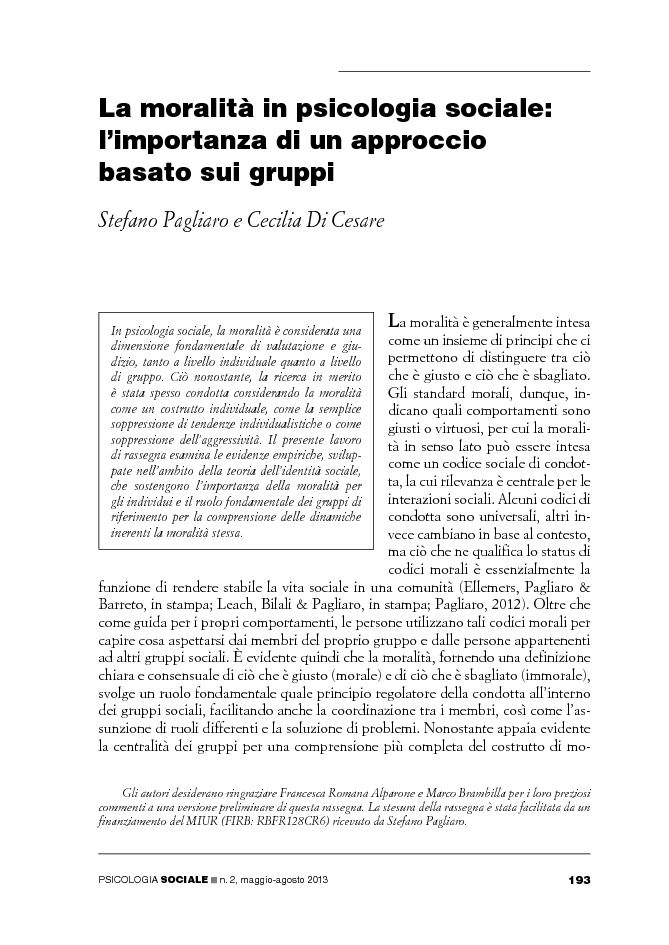