The present study aims to examine the features of the language used by Italian politicians, both in quantitative terms (linguistic prolixity), and in qualitative terms (syntactic complexity). In the first two studies politicians' interviews published on newspapers were analyzed and we found some clear differences between the two Italian coalitions: left-wing politicians were characterized by a greater linguistic prolixity and syntactic complexity as compared to right wing politicians. Such difference seems to be widespread and deep-rooted, as well as stable over time. Finally, in a third study, it emerged that the electors used the linguistic complexity of a speech to infer the political affiliation of the source of the message. 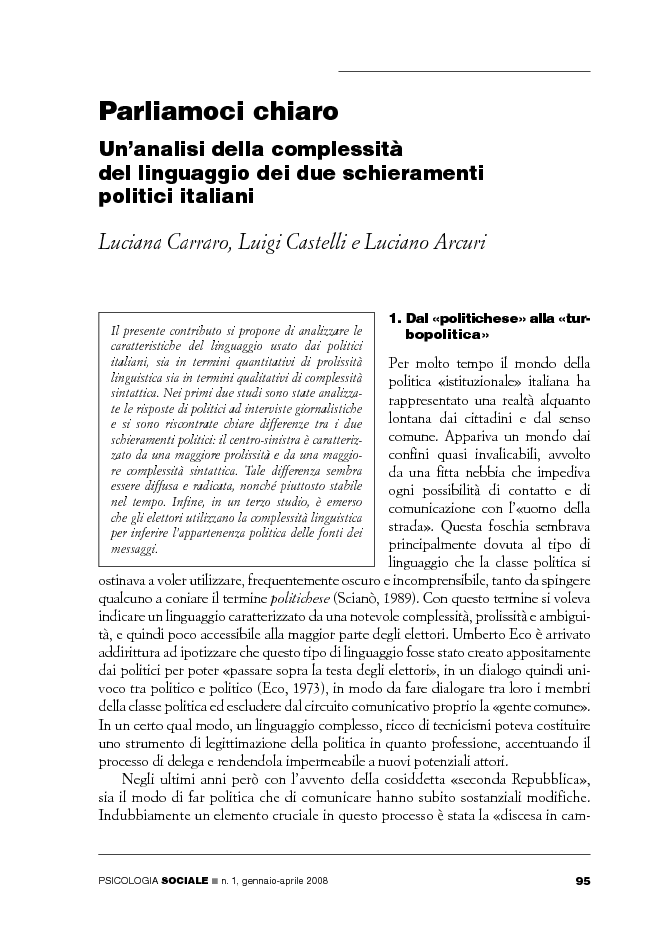