The paper addresses an evident bias in the theoretical scientific trajectory of regional science: a bias towards a functional-geographic dimension, addressing mainly the production and demographic side of the economy, as opposed to a hierarchical distributive dimension, addressing the power and income distribution side. This neglect has generated in recent times the inability to foresee and even perceive the phenomenon of growing «uncertainty» and «discontent» in wide parts of the society. The geography of physical assets should merge with a geography of control through networks of power élites and the selective and cumulative learning role of places. The use of GDP statistics at constant prices should be replaced by current prices, pointing out disparities in monopoly pricing and unbalanced terms-of-trade between the large cities and the rest of territory. Income distribution should be intended in three senses: personal, functional (wages, profits and rents) and «territorial». Early results on these fields are shown, pointing out the difficulties of a part of the middle class, threatened by the automation of their occupations, and the command role of large cities. Evidence are shown concerning the increasingly unbalanced situation of Italian cities (with a widespread effect on entire macroregions as the Mezzogiorno: again!) and of European cities. 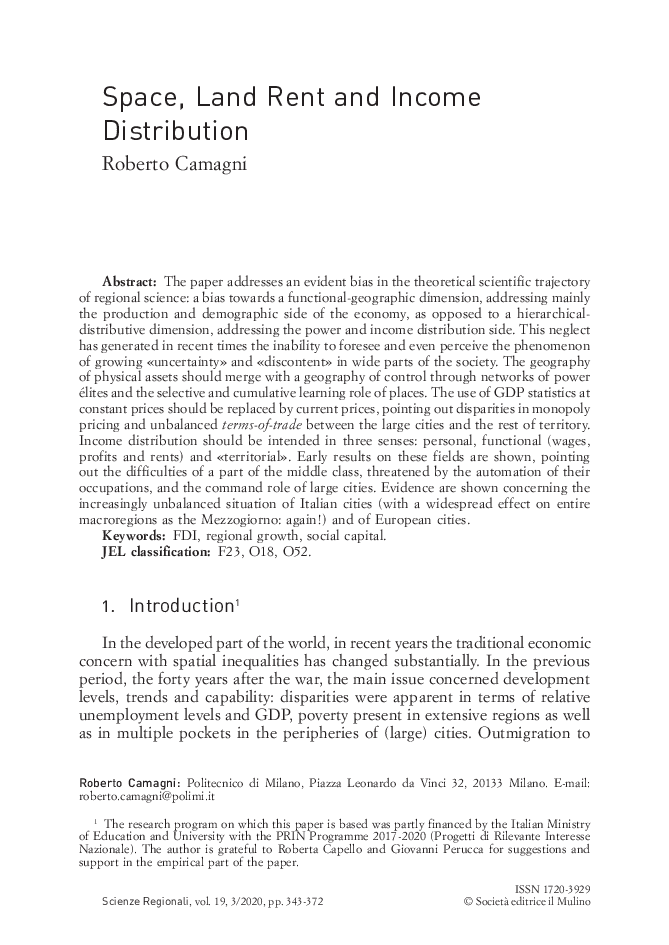