This paper aims to analyze the future’s semiotic morphology according to Jair Bolsonaro, a timely dimension persistently signaled by the menace of an imminent catastrophe. Firstly, we will focus on the aspectual value of Bolsonaro’s future and on the relationship between predictability and unpredictability, both of which coexist at the same plane. Secondly, we will move to the role of the semantic indeterminacy as an attempt to develop the reasons and effects of continuously referring to the invisible and obscure powers, pointed out as the great masters of the nation’s collapse. Thirdly, we will concentrate on the passions, demonstrating the articulation between named and unnamed passions, between fear, anguish, terror and those perturbations of the spirit which are less certain and describable, responsible for the contamination, in the social organism, of the belief on the political, economic and social cataclysm. 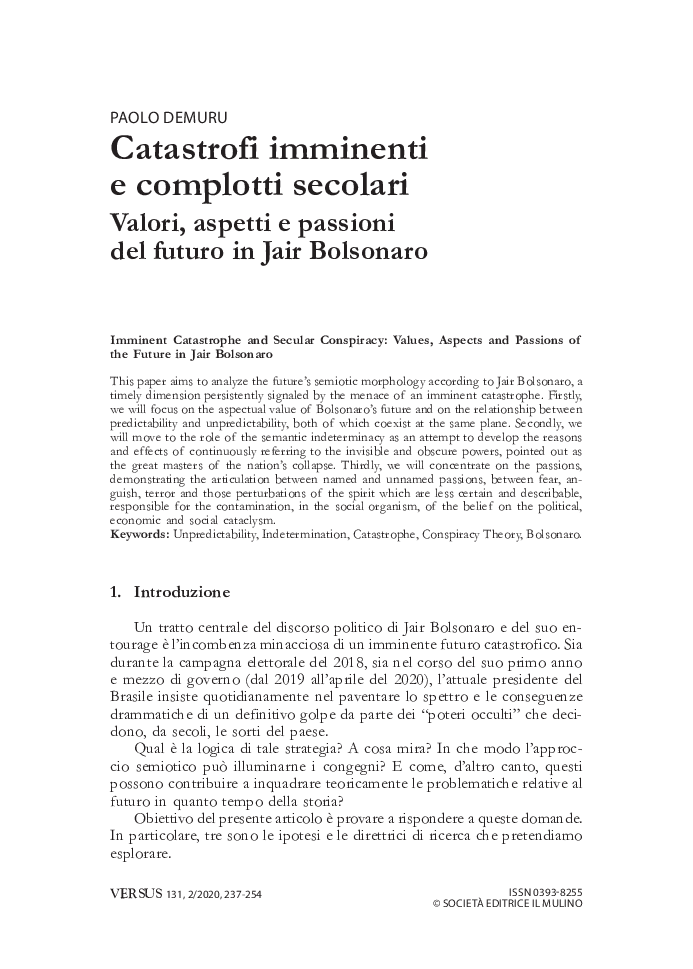