This paper aims to bring out and discuss Jurij Lotman's concept of "context", appearing in his writings but which has not actually been examined by scholars. Against the use of "context" as a pass key, as an unitary, static and unquestionable background to invoke, like in the cliché "it depends on the context", Lotman's definition of "context" is never an a priori; rather, it's the result of a multilevel analysis: the effect of translation processes between text and its contexts, namely types of heterogeneous systems as I) text-reader; II) text-other texts; III) text and different languages, styles or times of a culture, which are its "subtexts". "Context", in Lotman, is always a plural term, that define the "symbolic fruition" rising through these intersections. We'll provide a contribution to the topic comparing Lotman's vision on "context" with the current approach in semiotics and semantics. 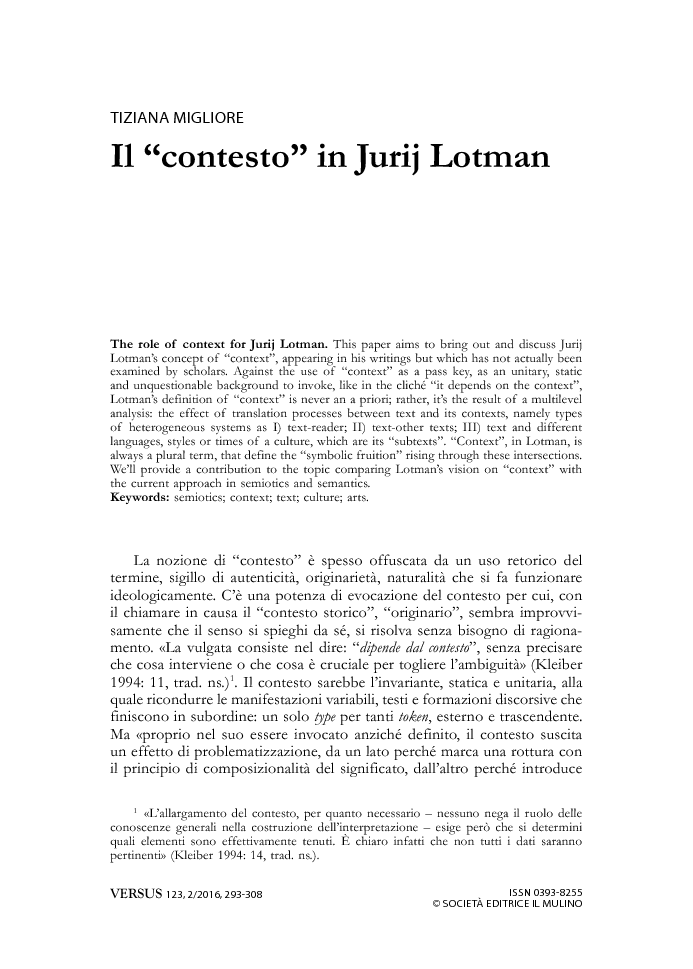