In 1776, at the beginning of the American Revolution, colonial protestors in New York City destroyed a gilded equestrian statue of the British monarch George III. Ever since, artists and re-enactors have brought the monument back, picturing it in visual images and resurrecting it as part of civic events. This essay explores the cultural rituals at the heart of this act of destruction and its continual re-enactment: during the 1770s, British practices of imperial spectacle and iconoclasm animated the urban space of the royal statue; during the twentieth century, historical re-enactors purported to destroy the statue all over again in commemorative pageants and parades. Paradoxically, though, these performances rarely resulted in destruction; instead, they returned intact surrogates of the British monarch to New York. The curious return of King George III suggests how nondestruction could be as formative as iconoclasm itself. 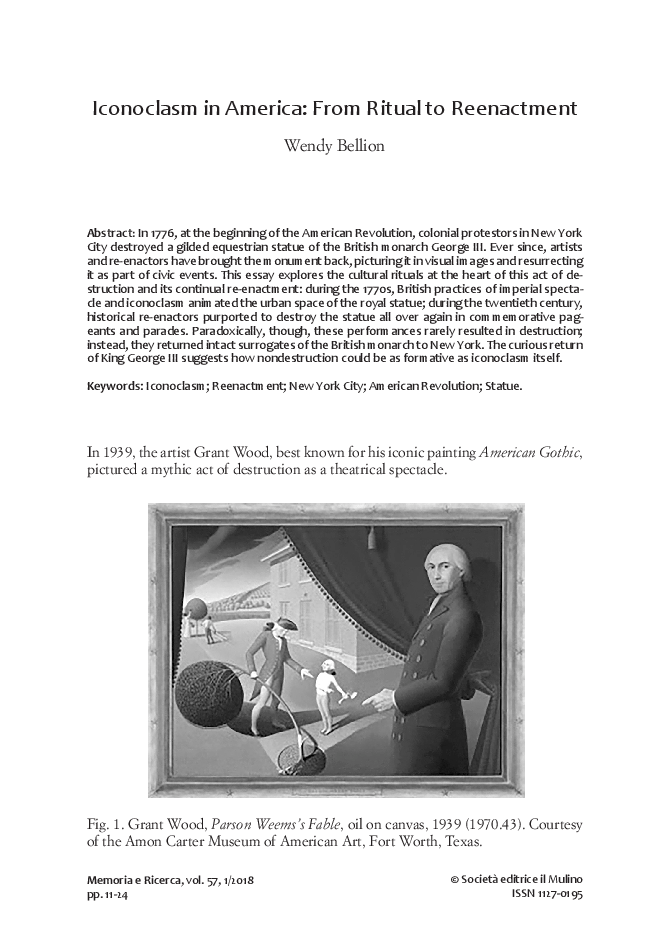