Soon after seizing power, the Nazi Party launched a variety of building programs intended to transform Germany according to its ideology and ultimately prepare the country for war. Among those initiatives, Nazi officials placed a special emphasis on commissioning monuments, memorials, and other places of memory that indoctrinated the masses into the movement’s ideology of racial struggle, sacrifice, and martyrdom on behalf of the party and nation. As the capital city, Berlin occupied a special place in these building programs that would eventually culminate in plans for the construction of massive architectural ensembles of commemorative spaces and places intended to shroud the Nazi movement within notions of the sacred. Although highly critical of traditional established religions and explicitly rejecting cultic associations, the Nazi movement nevertheless drew heavily from ideas of the sacred and sacred places to fashion a political religion that conditioned the masses into unquestioning loyalty and obedience 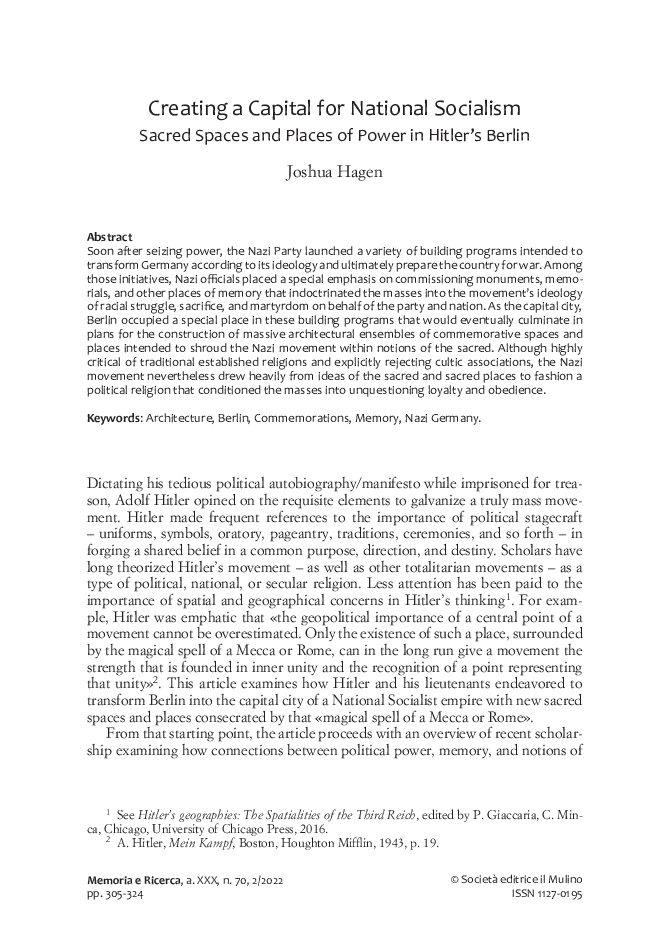