Thousands and thousands of pages were written and copious documentary materials were produced on the murder of Pier Paolo Pasolini that have crossed different and often conflicting areas. That murder at the Idroscalo of Ostia discovered on the morning of November 2, 1975, was and continues to be a controversial case, but at the same time a ridge where you can read some key passages in Republican history. But Pasolini’s «execution» cannot be told only through the central judicial affair (with investigations closing and reopening over time) since it triggers reflections on complex and contradictory historical contexts. That’s why Pasolini’s killing opens up broader perspectives that affect the reception of that crime through the media, the weight of homosexuality in common feeling, the social implications concerning the relationship between centre and periphery and between intellectuality and marginalization, but it also represents a historical and political break within the seventies on which historiography is producing original results. 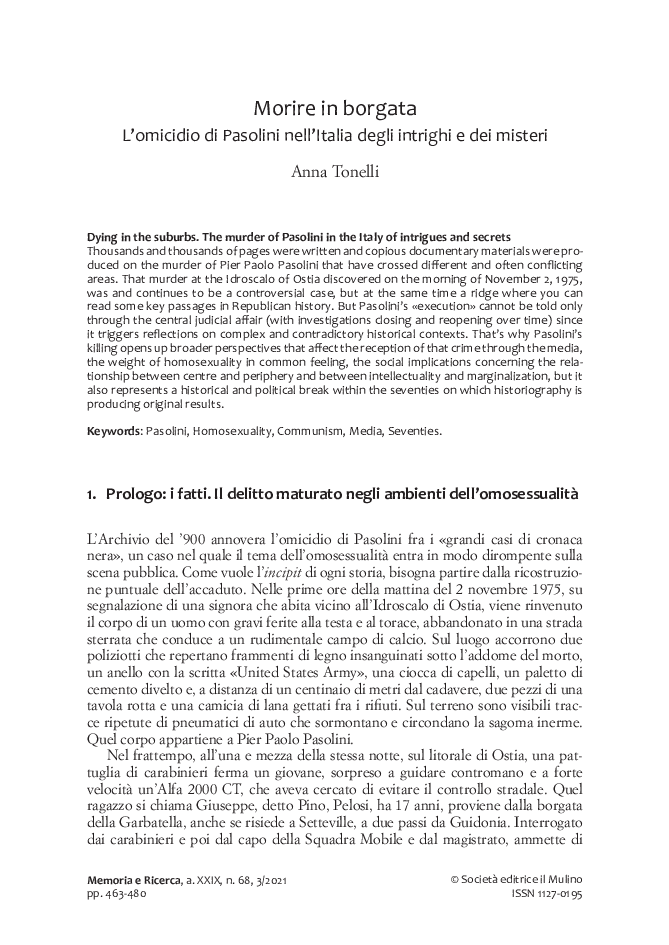