On 18th October 1896, in Trieste, the motherless brothers Alfredo and Guglielmo Mangachi, aged 12 and 13, killed their maternal grandmother with a revolver, accusing her before the law of having been cruel with them. The Mangachis were the sons of a well-known merchant with English citizenship, belonging to the local Greek colony. Giorgio Mangachi was identified by the neighbourhood and the local press as the real instigator of the crime, and was sentenced to 15 years in prison. He always proclaimed his innocence, but fell victim to the judgement of public opinion. The essay examines how local public opinion influenced the outcome of Giorgio Mangachi’s trial, and how the Affaire was perceived by the Italian press. 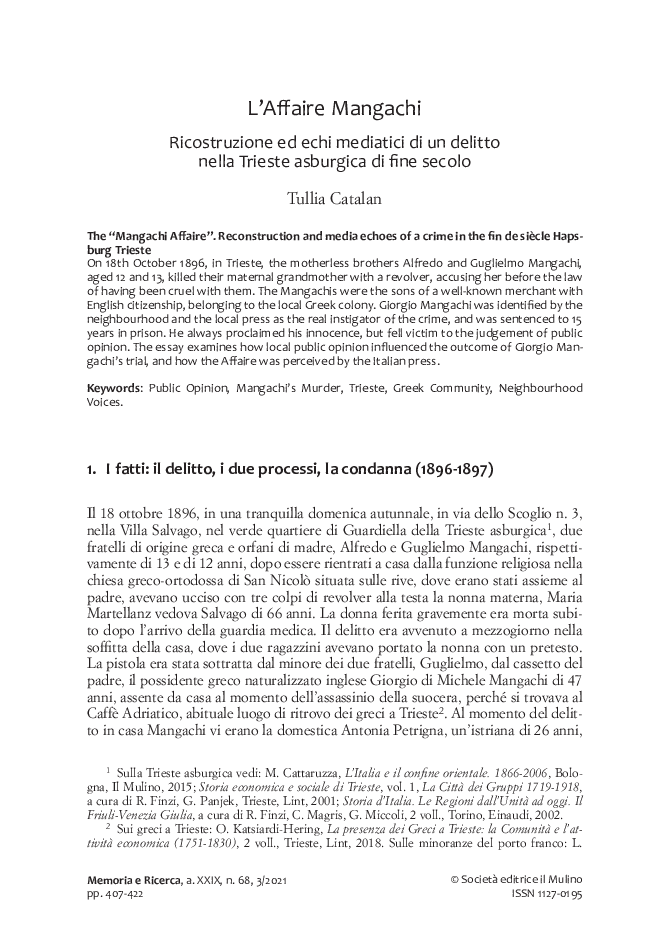