This article focuses on the possible impact of the recent economic crisis on the Italian population's health adopting regions as a unit of analysis. If it is difficult to evaluate the effects of the crisis for various reasons (lack of data and methodological problems), it is still possible to describe what changed and what did not change before and some years after the economic downturn. With the aim of describing these changes we analyzed aggregate (Hfa, Istat) and individual data (Health Conditions and Health Services, Istat, 2005-2013) applying multivariate statistical techniques (multidimensional scaling and Ols regression). The results show that, in terms of population's health, health services and health inequalities, the Italian regions appear to be somewhat less similar in 2013 than before the crisis. In a systemic perspective the distances among them, also considering the well-known Southern-Northern cleavage, seem to have been further enlarged. 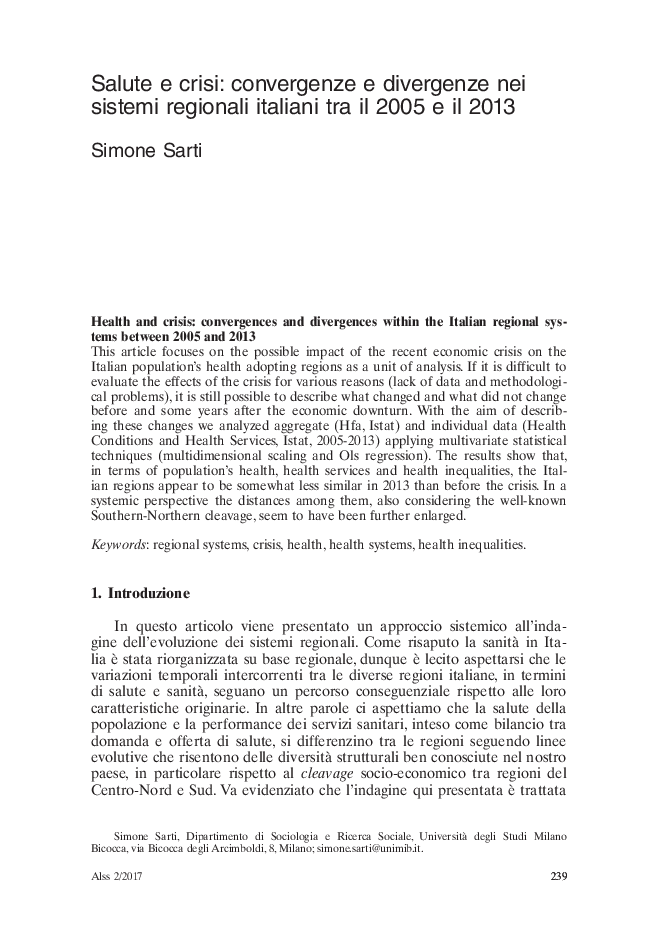