In the context of the national debate regarding the criteria for the acquisition of Italian citizenship, there has been a confrontation between two different models: one is more inclusive and requires to amend relevant legislation by enhancing the "ius soli" criterion; the other one is apparently more conservative as it safeguards the current system, which is predominantly based on "ius sanguinis". This issue is also strictly related to the integration policies implemented for thirdcountry nationals within the evolving Italian society - increasingly multicultural and diverse -, their efficiency and present constraints. Major critical aspects of the Law no. 91/1992 concern rules and practice regarding the acquisition of Italian citizenship through birth and through naturalisation. This paper also focuses on the special case of refugees, who benefit from a more favourable normative regime but, in fact, have been facing similar substantial and procedural shortcomings as other non-nationals within the sensitive process of applying for and being granted Italian nationality. However, it is to be noticed that pending reform proposals of the Law no. 91/1992, relevant amendments and procedural adjustments as well as an innovative jurisprudence seem to shape a remarkable change of the citizenship pattern towards a more effective access for individuals born and regularly residing on the Italian territory, mostly representing the second generation of migrants and refugees de facto acting as Italian nationals, as well as towards a less discretionary naturalisation process for those immigrants who meet relevant legal requirements of long-term residence. 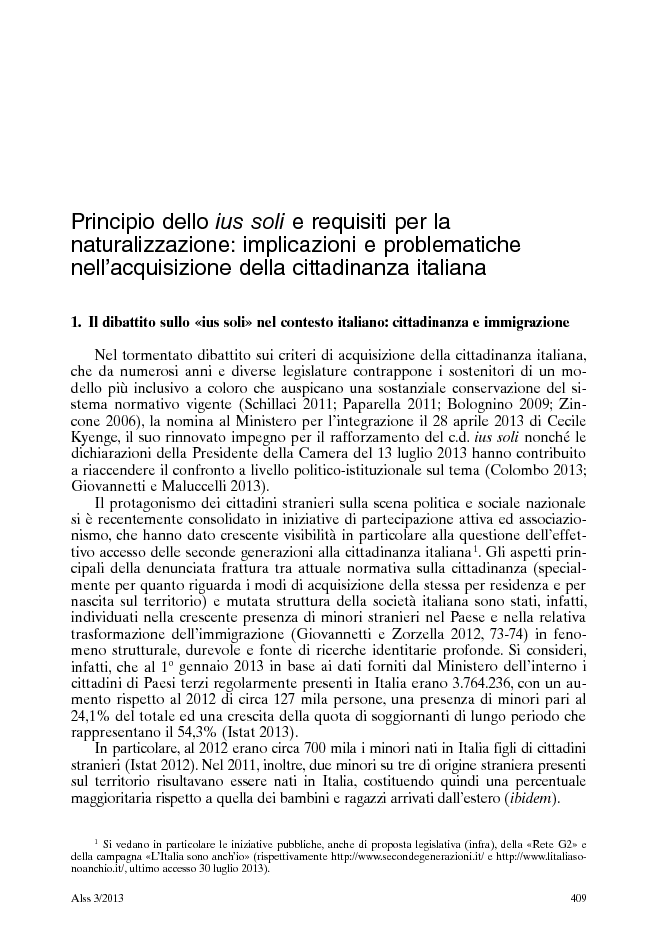