The decade from 2000 to 2010 was characterized by a continued and very significant growth of educational services for the 0-3 year old children, which, in the provincial area of Bologna, have reached a coverage of 35.5% of the target population. This quantitative growth has gone hand in hand with the qualification of the system regarding both the pedagogical project, and the organizational aspects, the elements of flexibility and the diversification of types beyond the traditional nursery. For some years the «expansion» of the nursery has suffered a relevant crisis due to the decline of national funds; besides, new difficulties have emerged as a result of the financial crisis affecting local governments. The need to follow the evolution of educational services and to activate joint discussions were the elements that have promoted in the last three years, by Bologna provincial administration in collaboration with Iress, two research works involving operators of educational services, users and local administrators. This article presents the results of the study and the way in which these results have been transposed into programming lines and into concrete actions carried out in the provincial area of Bologna. 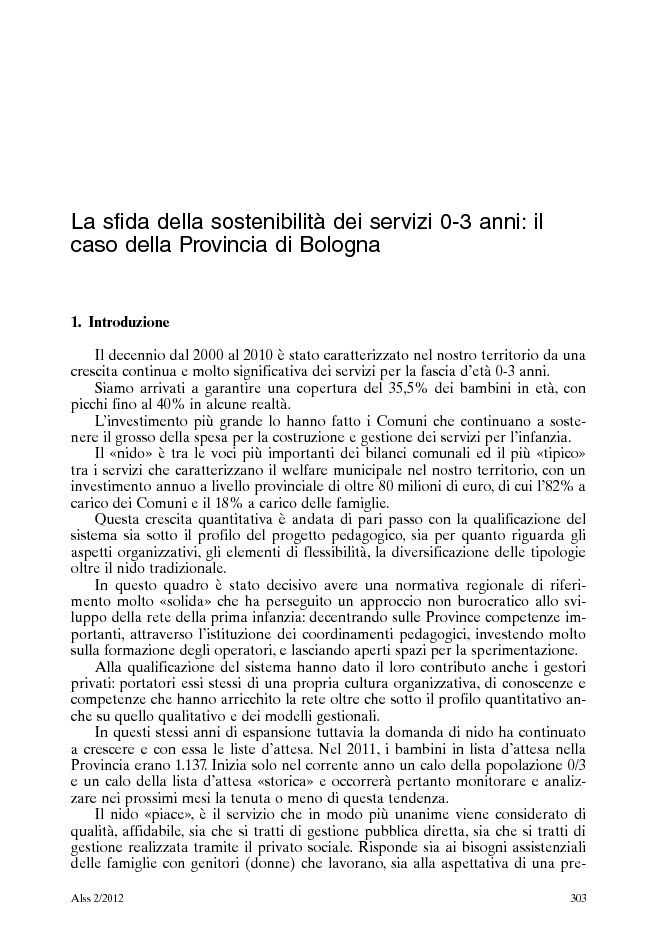