This paper investigates the relationship between fatherhood, work environments and leadership models, through an analysis of the responses given by 1,515 fathers who participated in the LIFEED program, a form of corporate welfare, aimed at the professional enhancement of life transitions. First, it emerges that one of the most urgent needs of male workers is the recognition and visibility of fatherhood in the workplace. Second, there are many similarities between fatherhood and new models of leadership, especially the so-called generative leadership, which is based on relational and caregiving characteristics and practices traditionally associated with women. Third, calling men into question in their role as fathers has a great transformative potential both in the workplace and in the family. Promoting an involved fatherhood at work, in fact, on the one hand, may question the models of masculinity behind work and leadership practices; on the other hand, it may push men towards the performance of a more involved fatherhood also in family life. Finally, the article also reflects on possible policy implications for the identity and cultural integration between leadership and fatherhood to become effective in practice 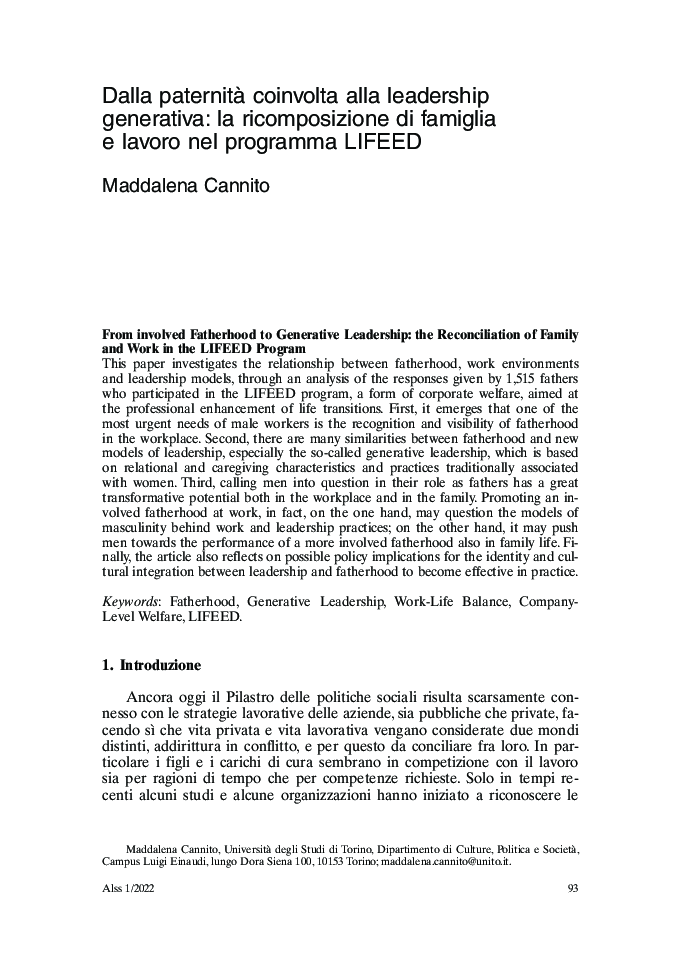