Gender-oriented approaches to the film industry have begun to develop a growing attention to the production side, i.e. to the organization of the professional networks through which movies are made. In recent times, the availability of public and accessible data on casts and crews through Internet-based databases is starting to enable granular analyses of these areas on large samples of works. This article applies this type of approach to a sample of 3542 works which accessed Italian public funding through the Ministry for Culture in the period 2004-2016, i.e. which had uniform financing criteria defined by the Urbani Law (Legislative Decree 28/2004). The analysis adopted the director’s gender and the typology of production (feature film, debut and short) as the main variable to analyze these works first in terms of the gender composition of the production teams and the ratio of women in decision-making positions vis-à-vis women crew-members. Secondly, production was analyzed through network analysis, focusing on the amount and permanence of the linkages between professionals collaborating across multiple works, investigating their gender and qualifications. The data show an overall weak incidence of women, inversely proportional to budget size, along with a capacity of women to establish female networks still in its infancy. In conclusion, targeted interventions are recommended to strengthen these critical aspects in the gender economy of Italian cinema. 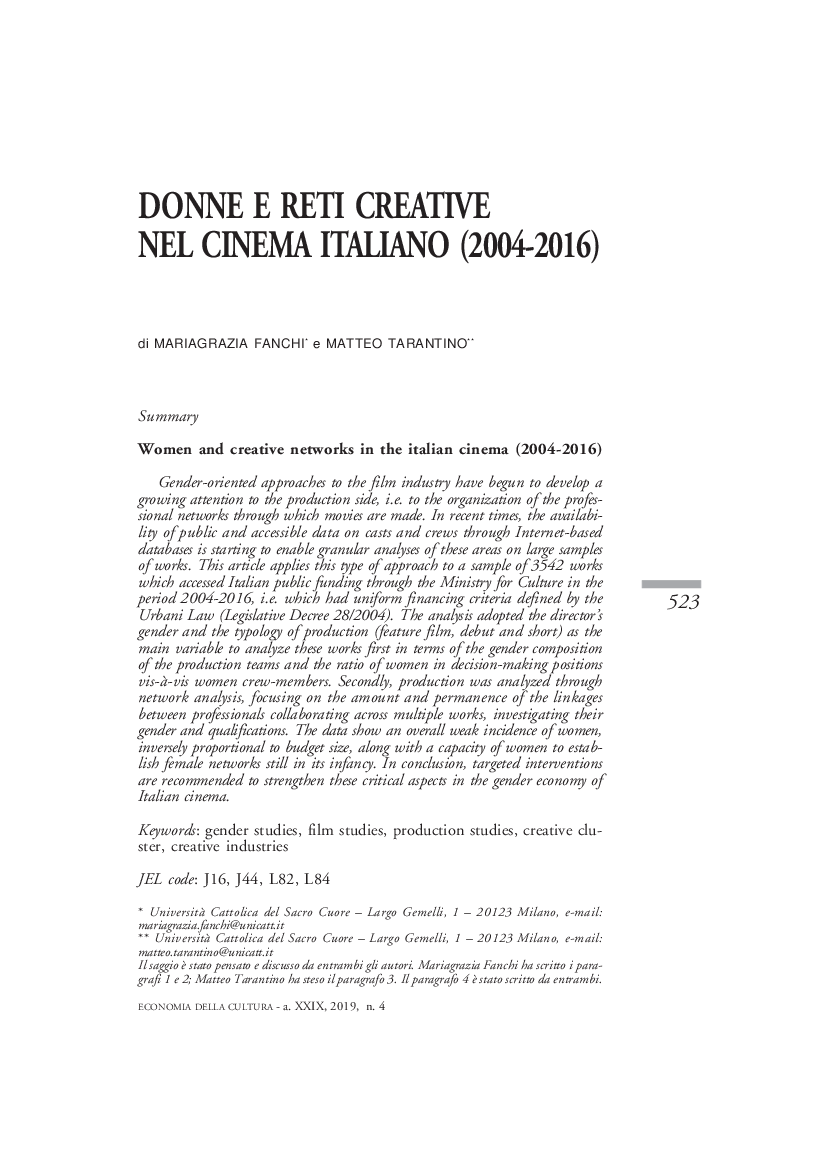