This article presents a model that simulates the economic impact of cultural and heritage expenditure. Through input-output modelling and considering the interactions, the aim is to assess the impact of the direct investment (usually public) and their contribution to facilitate/promote the creation of a culture based local development strategy. The approach is consistent with multipliers of cultural expenditure, widely used also at international level, and allow to track changes and specific effects in the local economy induced by the final demand, determined by new methods of consumption, events or investments. The use of the input-output approach allows to measure the impact of this additional expenditure on intermediate consumption, required to sustain production created by final demand. After having defined a unique and integrated dataset of public expenditure on Cultural Heritage (CH), the effect on local economies, namely 5 pilot provinces in Italian Southern regions, are estimated using the symmetric Input-Output Tables for the Italian economy. The results highlight specific local effects and the power of the I-O approach to evaluate local impact of cultural investments in the period 2014- 2016, which takes into account the programming period 2007-2014 considering the N + 2 rule. 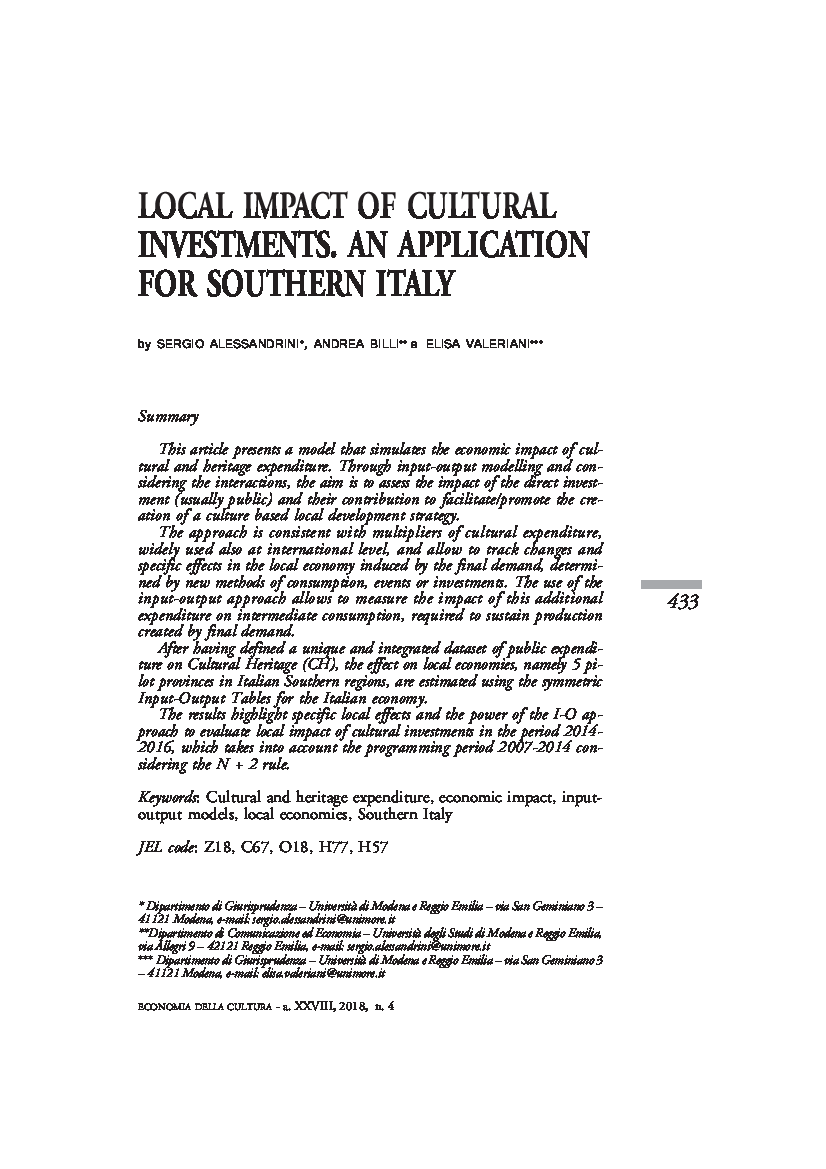