The «Discover Valtellina» project is a good example of a successful case study: the intervention of destination management aimed at the relaunching of an Italian alpine tourist destination by enhancing the already existing cultural heritage which had not been fully exploited until then. So, to overcome the specific issues of a local economy, characterized mainly by small businesses and their lack of mutual collaboration, three editions of this project were organised between 2007 to 2012 to facilitate and promote the partnerships between stakeholders and various local producers, which after ten years, still prove to generate significant economic benefits for local businesses and for the area in general. The key to this success was in properly exploiting the already-existing food and wine heritage of this typical alpine place. However, it meant involving 50 local businesses and producers, from the trade, tourism, agricultural, livestock and handicraft sectors, who were all given special sales points, called the «Valtellina Corners», as a means to promote Valtellina as one. However, the actual training, or capacity building, of the businesspeople involved, was based on a «bottom-up» approach, which proved to be the vital tool which created this solid and lasting win-win partnership between local businesses. This project has managed to transform each single local businessperson into an «Ambassador» of the local area for any visiting tourists looking for those typical local products. 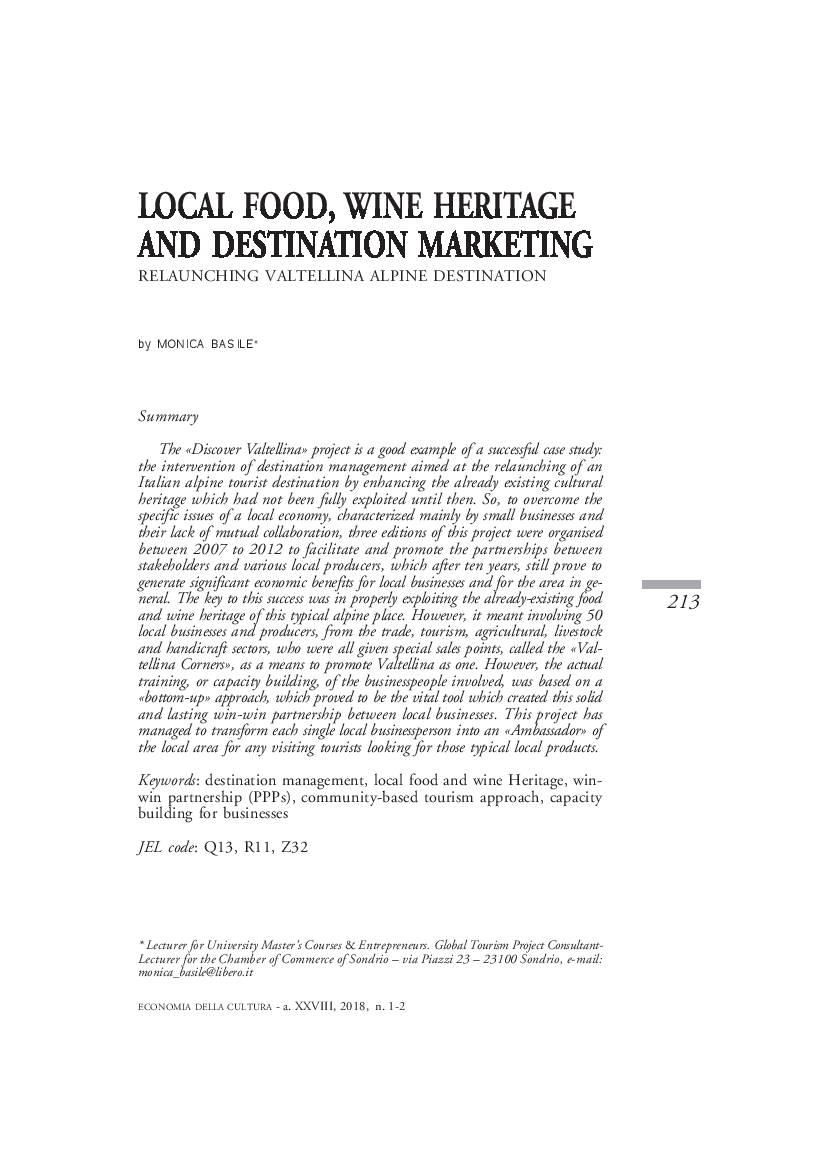