What passes through information and images, the contents conveyed by cinema, television and web are particularly valuable and provide a key viewpoint on the agenda of a country. Unfortunately, as the data in this article shows, the picture that emerges from observation of gender inequalities in these sector is not reassuring: in the US (where only 4.1% of 800 films monitored are directed by women) as in many European countries(where a strongly unbalanced market place persists), women are excluded from top roles in the audiovisual sector, and their image is still strongly stereotypical or marginalized. In this respect Italy, where it is evident the underrepresentation of women in the labor market and leadership positions, isunfortunately in line with the international average. Between 2006 and 2013, only one in ten films is directed by women: films directed by women covered only 9% of the market and 3% of the box office. This is the case despite the important pressure from European institutions and women organizations to stimulate a change of direction and open new scenarios for the future. 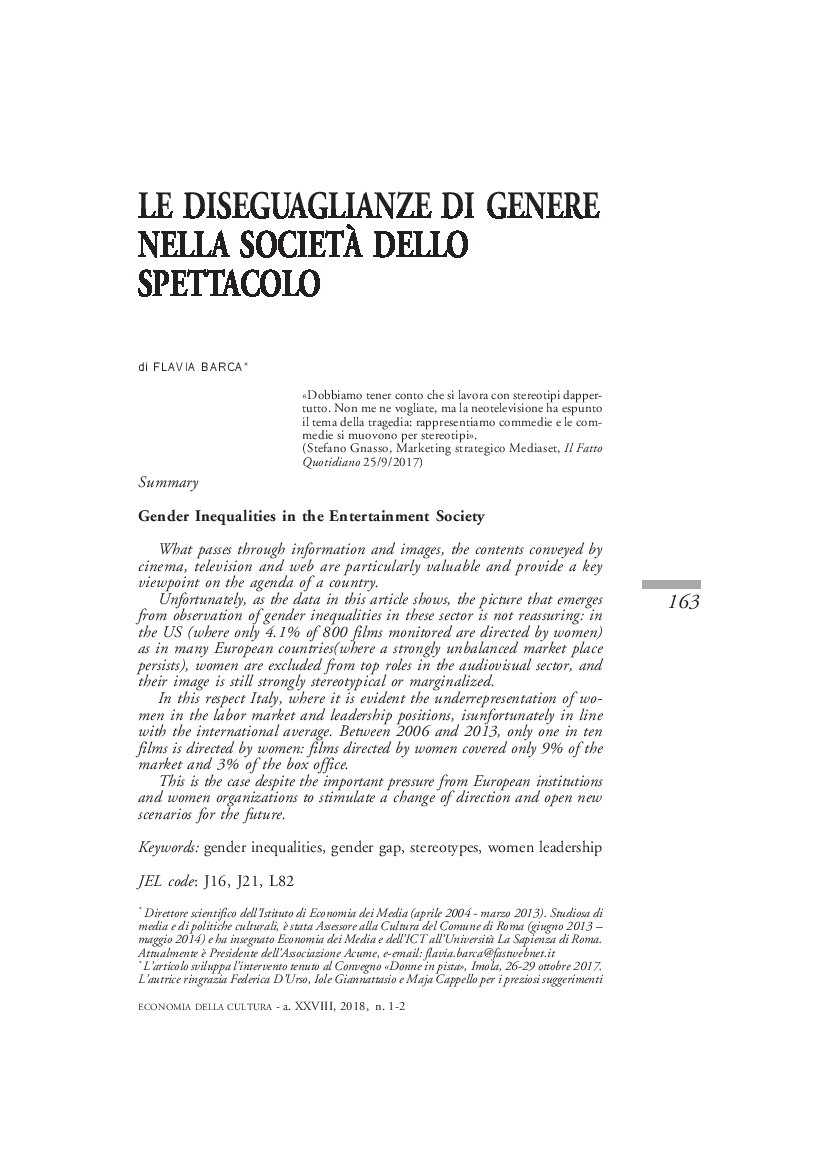