This paper deals with the renewal in management of «ieux de mémoire» in France, since they are considered as new kind of tourist destinations. At the turn of the 1980s, «memory tourism» has been defined as a new category of cultural tourism, particularly supported and organized by public actors at different level of scales. Dedicated to places of conflicts and painful memories, memory tourism has always had political functions, and it is now also considered as an economical resource, to foster attractiveness and territorial development. It is therefore interesting to study the genesis and recent changes - managerial turn - of the public cultural and tourism policies. This complex process tends to affect profoundly place management, and also the way French society deal with war memory, war commemoration and war heritage. This managerial turn also brings new kinds of power relations among a great variety of stakeholders, who refer to memory of war very differently. 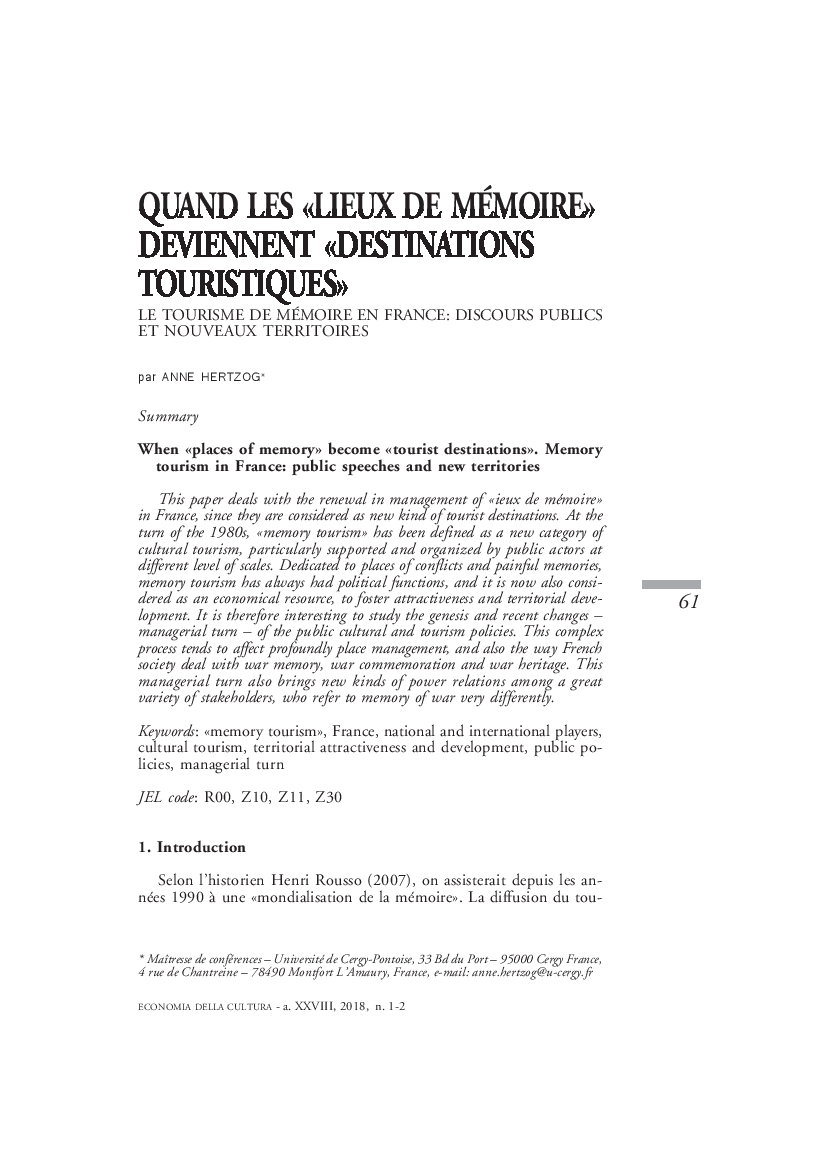