The extensive plundering and destruction of cultural heritage reported as by-products of recent conflicts in the Middle East and North Africa region have attracted the attention of public opinion, scholars and professionals in the cultural heritage domain, with particular regard to the resources available to prevent these occurrences, and to seek immediate solutions to halt the cultural disaster unfolding in plain sight. The phenomenon of cultural destruction is not new: the obliteration of historical and religious sites used to be a standard tactic of war, conducted through the ages and across various civilizations. The difference today is that we now acknowledge the importance of cultural sites as an intrinsic part of human heritage culture - a relatively recent phenomenon, dating only back to the early 19th century. Since that era, international regulations have been developed with the shared objective of establishing a framework of respect and protection of cultural heritage that is generally accepted by most countries. Paradoxically it is that very value, comprising part of the foundation of international jurisprudence, that has now become - through the «cultural cleansing » strategy of ISIS and similar extremist groups - a major threat to the protection of cultural heritage. Although the situation, currently at a diplomatic and institutional impasse, may not appear encouraging, some resources may still be found at both a local and an international level, to provide hopes of a better future to preserve cultural heritage on behalf of humanity. 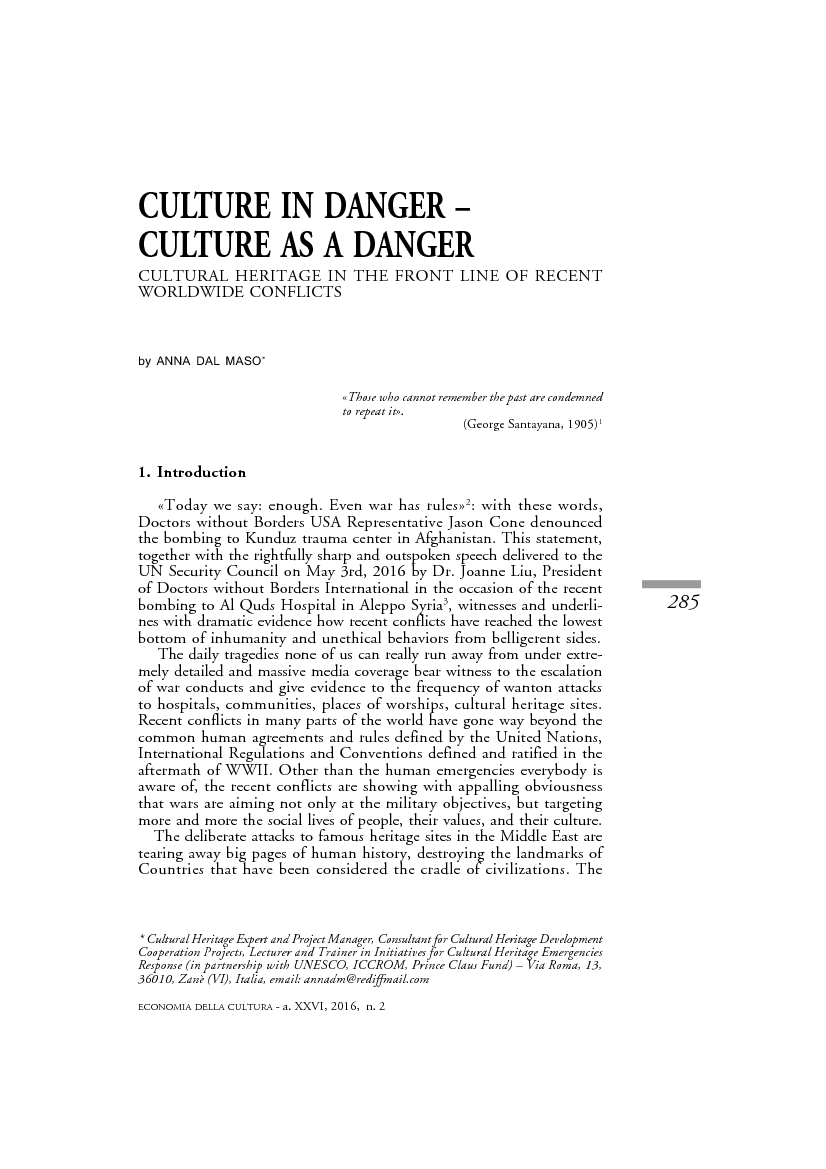