Using information contained in the 2014 Recorded Music Industry in Germany Yearbook, the paper reveals the state of this market and its trends in the 2003-2014 period. This includes the persistent dominance of its physical segment (mainly CDs) in terms of market share and revenues, the decrease in downloaded music sales during 2012-2013 in the digital segment, and the massive growth of music streaming subscription services, while acknowledging that «freemium» models are still much more popular than subscription services. Some analyses are offered about the role of terrestrial radio, which is still the most popular medium by which to listen to music; the music consumption behaviour of consumers - which is more «traditional» than in other European countries and in the US; the generation gap in music consumption patterns, considered in age bands, in which a digital divide is clear at 40 in the use of music formats and of distribution channels; as well as different consumption patterns between music genres. The final section is dedicated to the structure of the music industry and the role of major German and international players in music publishing and the phonographic industries. 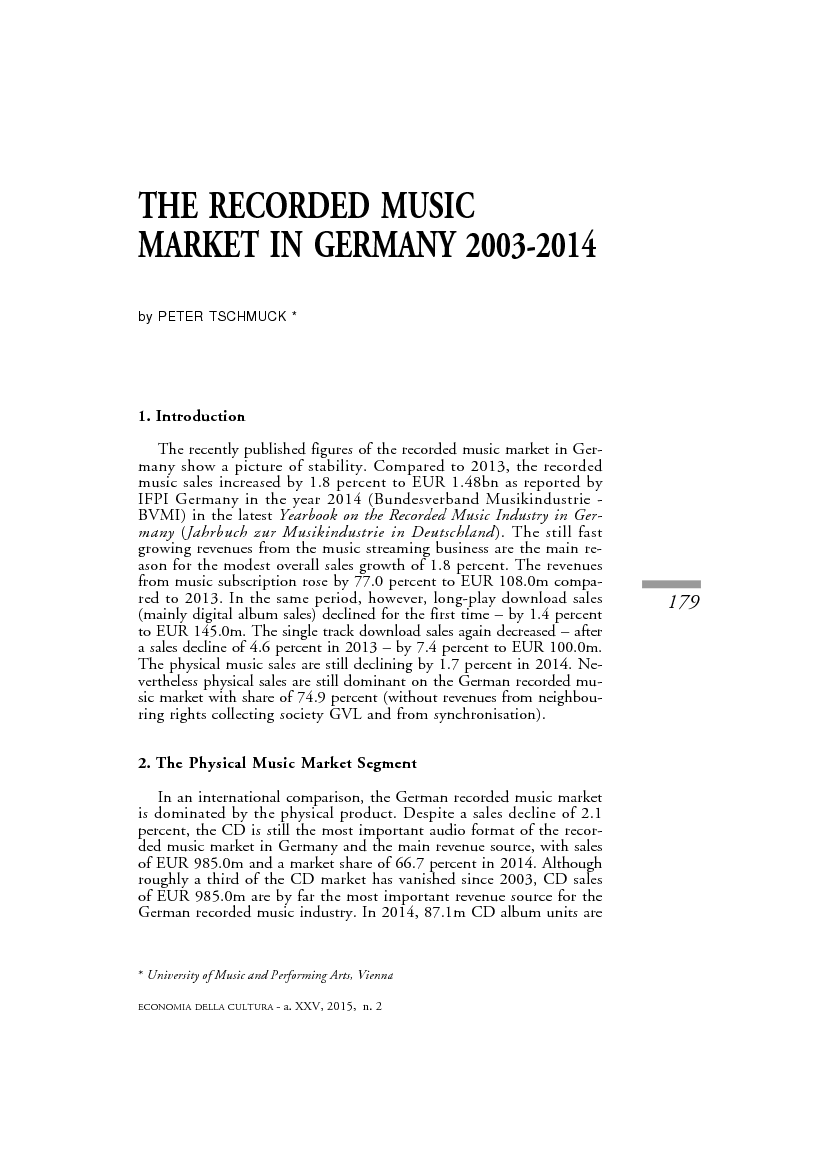