From May 20th to 29th 2012 two powerful earthquakes struck Emilia Romagna. During the same period in May the Ducal Palace of Sassuolo, owned by the Italian State, was used as a repository for recovered art works, including a laboratory where restoration work has been underway since September 2012 under the coordination of the Unità di Crisi di Coordinamento Regionale (UCCR) - Direzione Regionale per i Beni Culturali e Paesaggistici dell'Emilia Romagna, the Soprintendenza per i Beni Storici, Artistici ed Etnoantropologici di Modena e Reggio Emilia, with the technical assistance of the Opificio delle Pietre (OPD) in Florence and the Istituto Superiore per la Conservazione e il Restauro in Rome. This decision follows the protocol of the document MIBACT n. 9 (Sicurezza del patrimonio culturale e calamità naturali. Unità di crisi), edited 17th february 2012. The recovery of works during such a frenetic and dangerous moment, makes it difficult to manage the provenance of every work coming from areas that have sustained damage with precision. If one does not work in an orderly manner with adequate space to store the works, one runs the risk of losing track of the provenance of the artworks and furnishings stored in repositories and restoration laboratories. The works have been transported in special vehicles to the Center of Sassuolo where they have been grouped according to provenance in order to ensure that they can be tracked. All works (currently there are almost 2000) have been added to an easily accessible database containing information on each work. 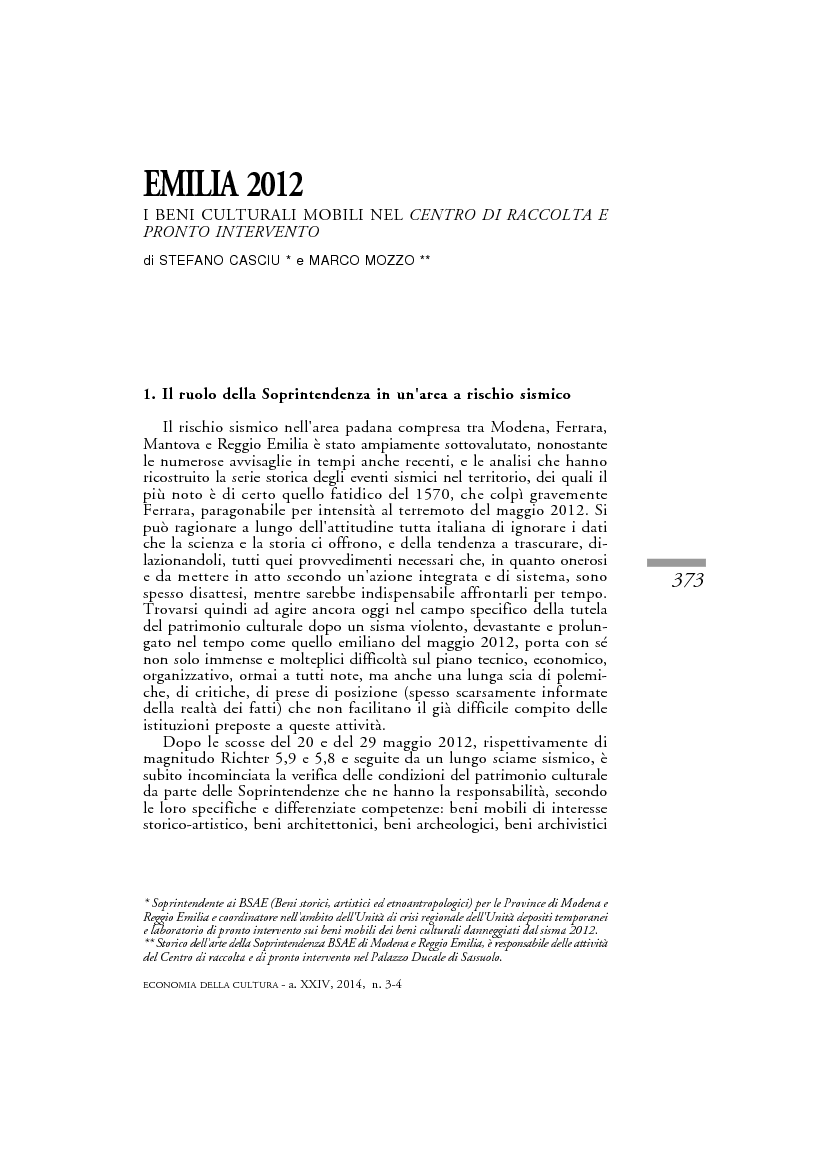