While the role of culture in socio-economic development is widely acknowledged, the debate on the correct level of public expenditure to be allocated to the cultural sector, compared to other sectors, is often based on non analytical information. This paper presents some evidence on public expenditure allocated to culture in Italy during the 2000-2007 period. The analysis is based on the Regional Public Accounts (RPA) database, which is the outcome of a successful project to measure financial flows at the regional level, constructed on the basis of a 30-heading sectoral classification. Public expenditure allocated to the cultural sector in 2007 amounted to only 0,6 per cent of the total public expenditure. A number of changes were made in the allocations compared with the year 2000. Within a general contraction of public resources for cultural purposes, the Central Government's share declined dramatically, while the one of the Municipalities and, in the South of Italy, of the Regions increased. The mix of capital and current expenditure changed too, as the public budget constraints have been put mainly on the current expenditure, therefore increasing the relative incidence of capital expenditure. There are many differences among Regions in the territorial distribution of public expenditure: the cultural sector is more important (in terms of public expenditure share) in autonomous Regions; per capita expenditure is much lower in the South of Italy, with the exception of the two southern autonomous Regions (Sardinia and Sicily); the central Government expenditure for culture is very concentrated in a few Regions, namely in Lazio, Lombardia and Campania. Conclusions suggest that a new approach for public expenditure on culture is needed, in order to enhance the territorial and intersectorial linkages of the cultural sector at a regional level and to support the evolution toward a more federalist institutional system. 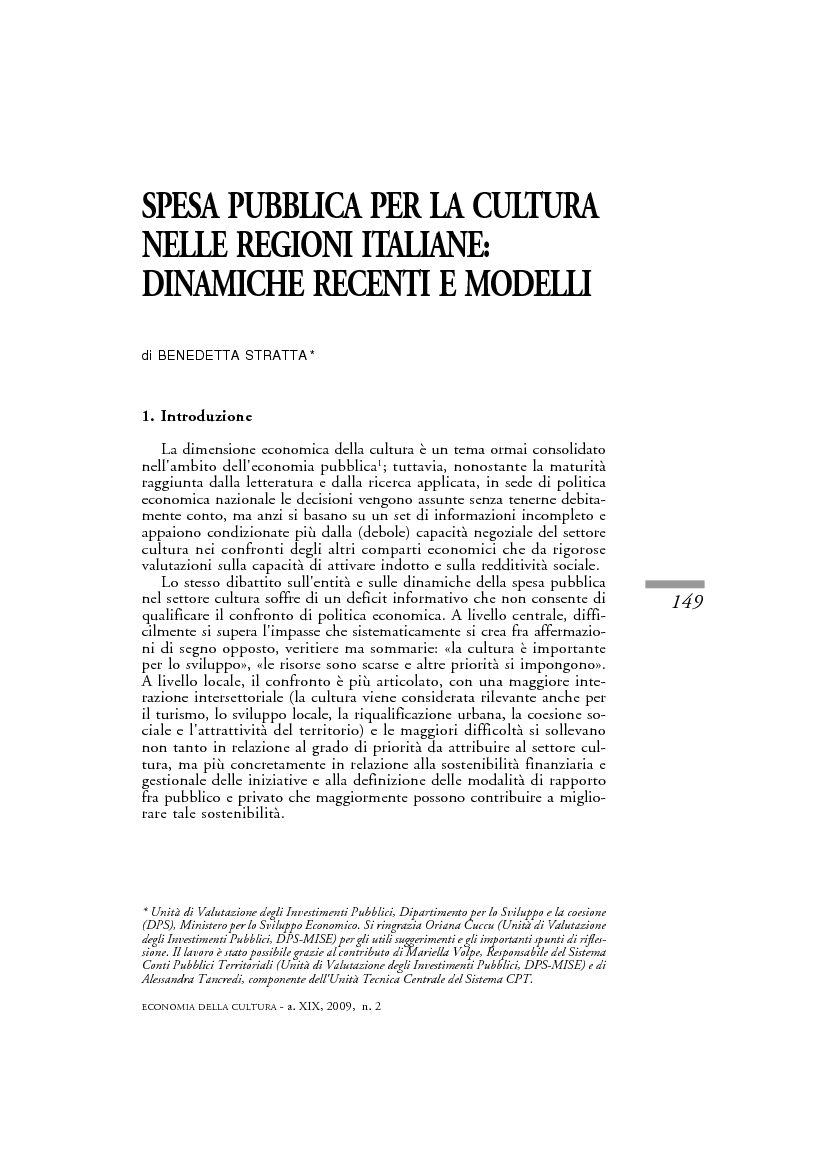