Within the framework of Cultural co-operation actions are carried out by consulting firms, whose multidisciplinary approach is the effective response to complexity. This implies the absence of scientific prejudices, a strong willingness to learn, the critical knowledge of theories and models and the ability to adapt to a variety of contexts. The experience of consulting firms is formed through changes in priorities and conventions, strategies and policy, but must always focus upon the story, identity and traditions of local communities, in pursuit of the equation culture=quality of life. Such an equation, previously ignored, has generated a shift of the main focus of Cultural co-operation, from the object to the subjects of development, through the introduction of new analytical and operational tools such as compatibility and sustainability. In such a way, beyond the specific contribution of Cultural co-operation to the economic and social development of local communities, a broader goal is attained: the investment in a new channel of communication between Countries, nations and cultures. In any case, centrality of Culture must be wisely managed, given the risk of using Cultural differences as a factor of conflict, or of freezing life and its evolution in view of tourists' expectations. 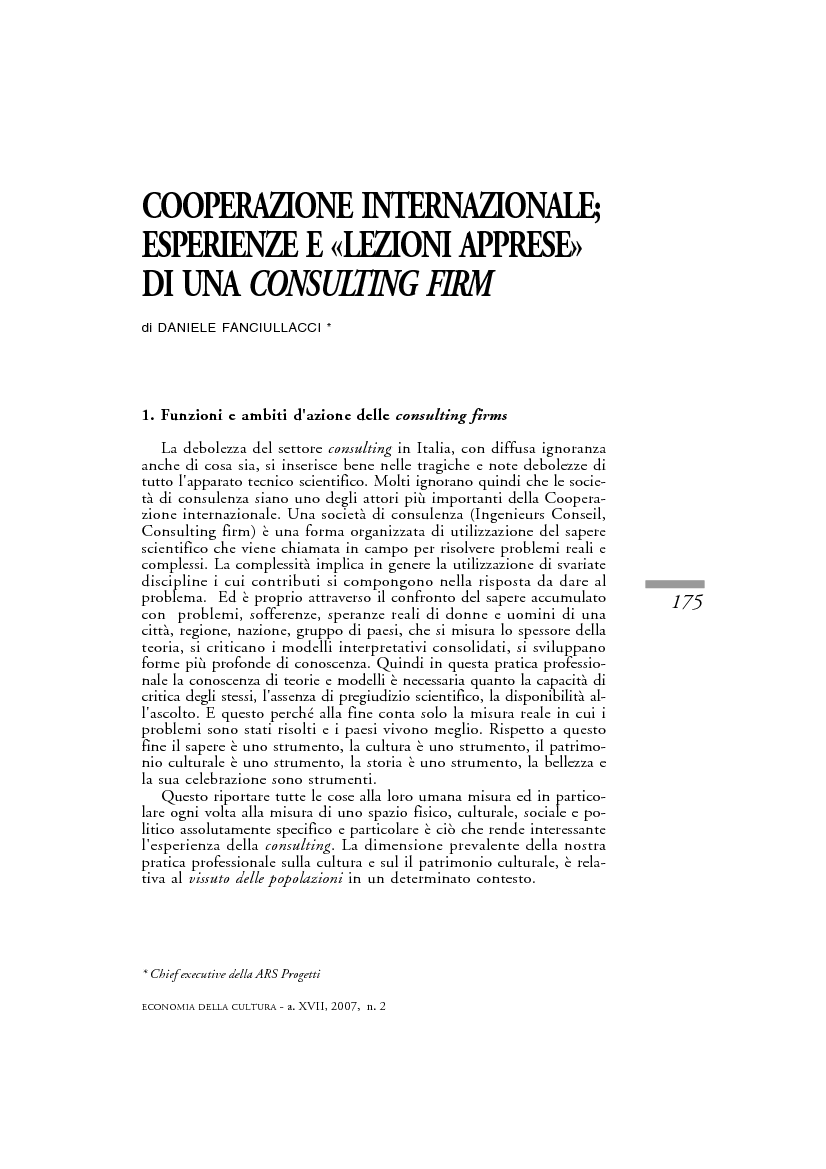