Against the background of a recent study reviewing research literature on racism and cultural diversity in the media, this essay aims to list some of the fundamental mechanisms and professional constraints that affect the portrayal of ethnic and cultural diversity in the media. First, the argument that news values, source use and news formats and genres determine the contents and perspectives of media messages is spelled out. Next, it is argued that other factors, in particular the link between media and politics and the maintenance of an ideology that protects the majority group's interest, work towards legitimising attitudes which are based on a negative perception of immigrants. Examples are given from the coverage on housing issues and the arrival of refugees in Italy's 1990. The influence of the opposition to cultural diversity and the wider socio-political context on the images of diversity produced by media at the European level is also shown. In conclusion, the balance is drawn about the current situation, where despite the reported negative practices, especially in print media, media and NGOs do contribute to promoting cultural diversity, in particular in the audio-visual sector. The importance of mainstreaming these experiences is underlined. 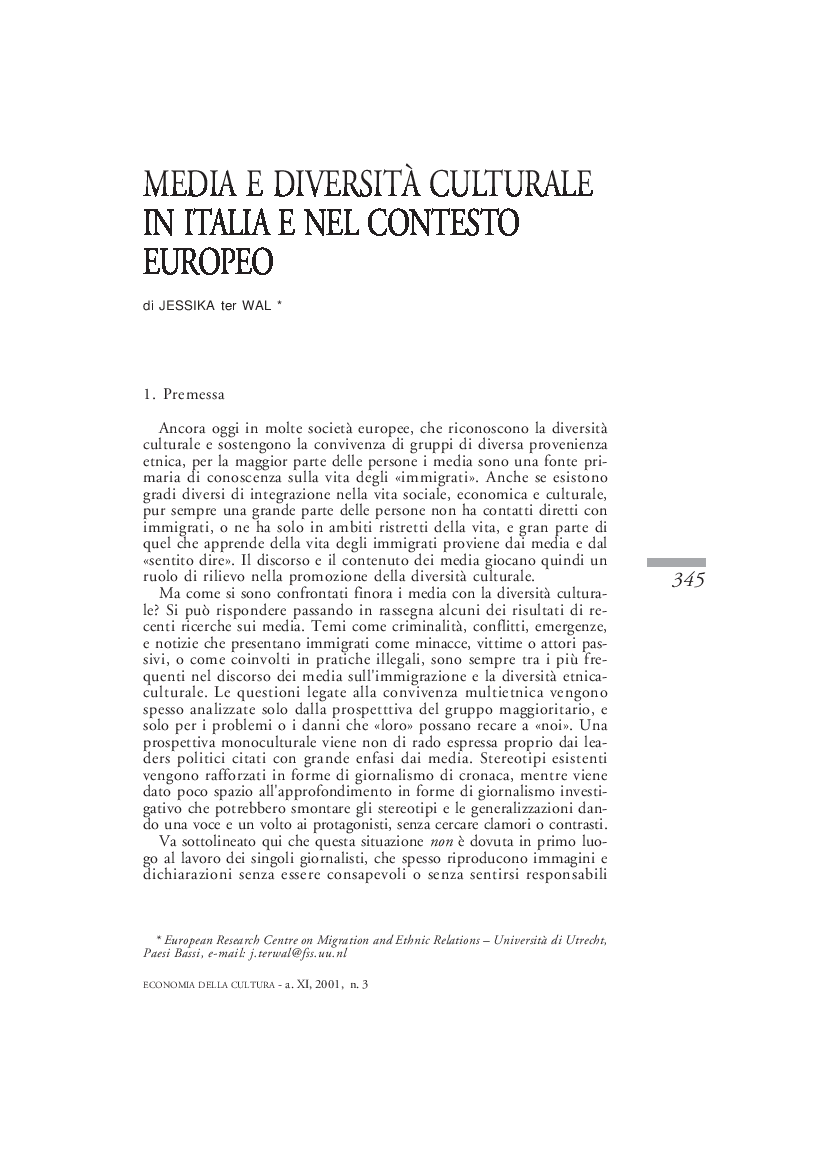