On January 1st 1992 started the single European market. It was supposed to be the first step of a stronger EU integration, to be followed by a single currency, a common Constitution and the free circulation of citizens. Thirty years after that event, many of the promises announced never showed up: on the contrary, some of the mechanism installed to favor the integration of a European single market, proved Trojan horses for the penetration of world competitors in the EU. Especially this happened in sector affected by the digital transformation (audiovisual, media and advertising industry) where the antitrust rules established to prevent that European companies supported by state aids, could prevail into this common market, paradoxically, finished helping non-UE giants to invade the EU market. An invasion that has affected many market sectors, apparently very far each other: from the COVID vaccines, to the on-line advertising quasi-monopoly of Google, till the disappearance of the last Olympic Games from most of the EU TV screens. 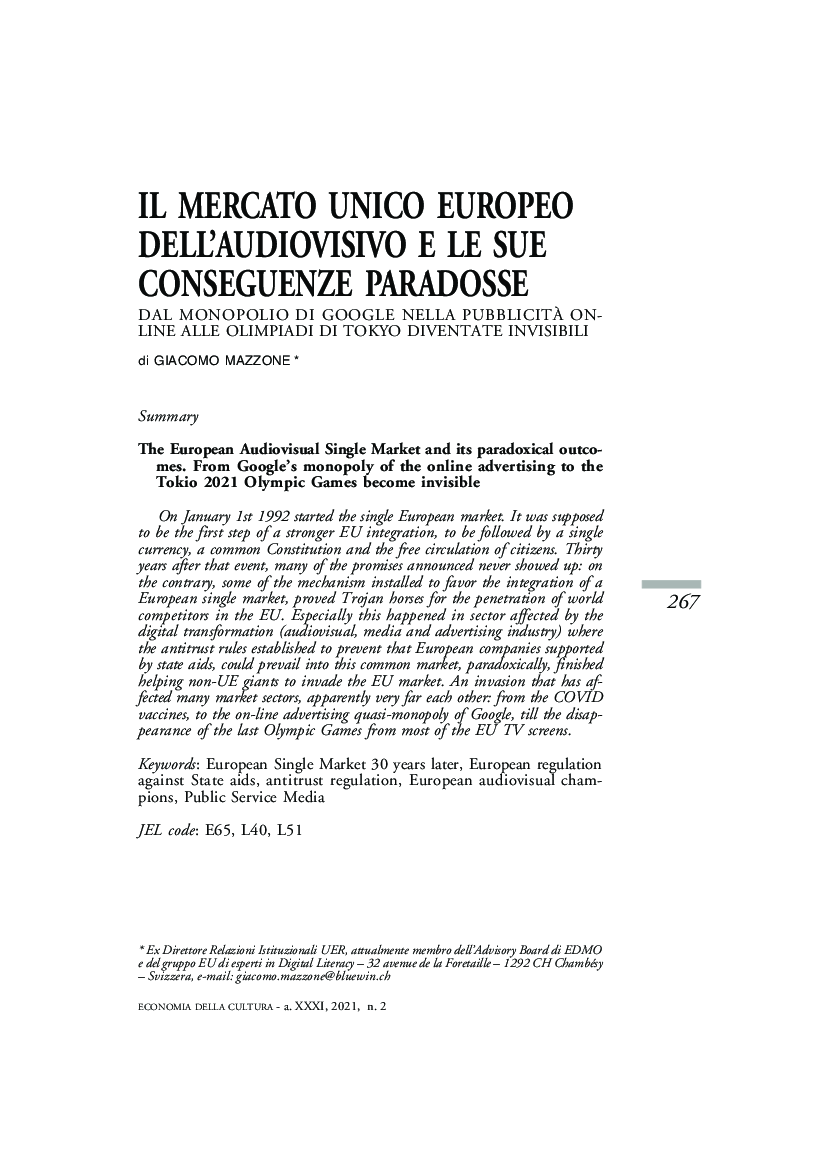