For economic reasons, Radio Rai has followed the 2014 FIFA World Cup making the most of the commentary from the study. The article analyzes the coverage of Radio Rai for Brazil 2014, comparing it with the past editions of World Cup and making a comparison between commentary made from the stadium and commentary performed in the study. Moreover, the article traces the development of the genre of football commentary in Italy, focusing on how it has changed over time rhythms, styles, and languages used, also in relation to the influence of television. In the last part the different kinds of football commentary are analized. 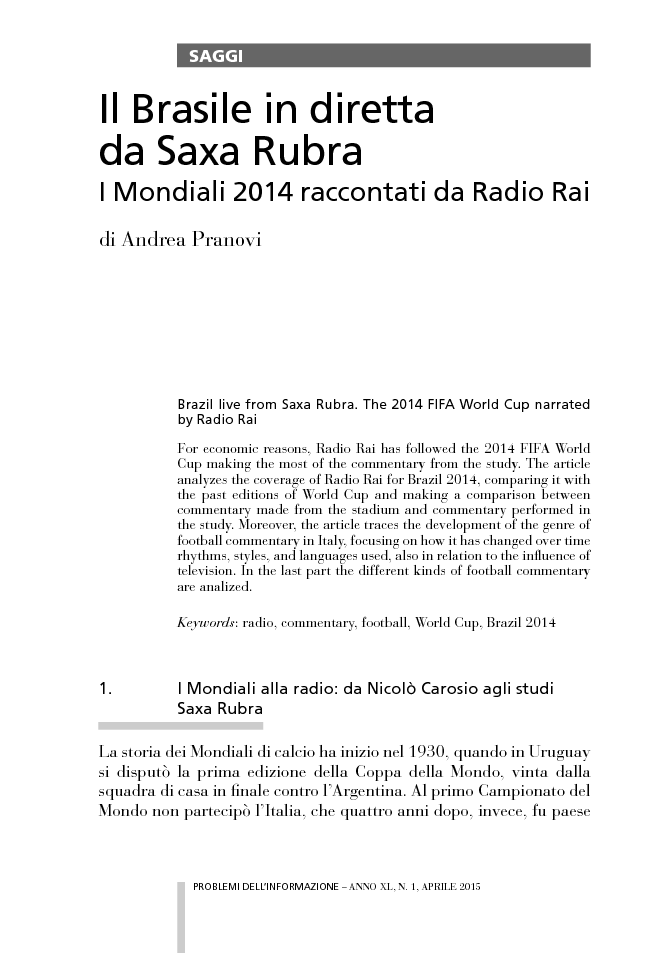