The article analyses the characteristics and limits of the evolution of Italian regionalism, underlining the creative function of constitutional jurisprudence and the role of the European Union in encouraging the gradual transition to a multi-level systems. This transformation of the form of State entered into crisis in the early 1990s for economic, institutional and political reasons; the following decade was characterized by a phase of constitutional revisions (1999, 2001, 2012) and of failed attempts at constitutional revisions (2006, 2016). However, the objectives to improve regional powers and modernising forms of government pursued by the 1999 and 2001 constitutional reforms were partially achieved, rather, there was a centralisation of decision-making processes imposed by the economic and financial crisis. Today, the institutional scenario have profoundly changed and it would be necessary to bring the reform of regionalism «in tune» with the doctrinal debate and the trends that mark the regional and federal systems in Europe. In this perspective, the implementation of Art. 116.3 of the Constitution could open our system to a «new» vision of regionalism, inspired by the enhancement of territorial identities and the affirmation of interinstitutional relations agreed and fair. 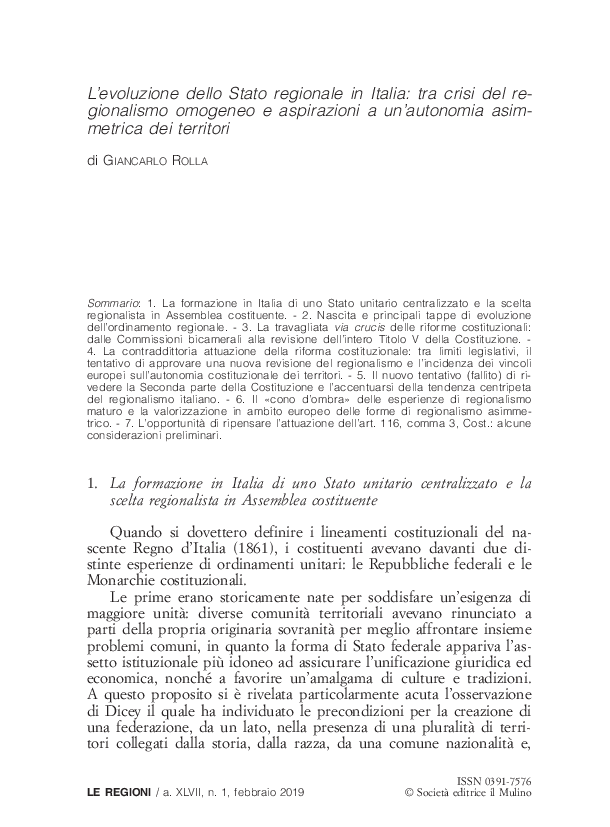