The different positions expressed in 1947 on the possible constitutional provisions regarding administrative justice did not lead to a "revolution" of the model outlined in the preconstitutional period. Among the new provisions of the Italian Charter of 1948, a peculiar relevance was assumed by Art. 125, containing the prediction of the first instance of administrative organs, established at the regional level, whose nature did not appear, at least immediately after their forecast, completely clear. The evolution that led to the implementation of Art. 125 must take into account the intervention of the Italian Constitutional Court, which played a trailblazing role for the successive legislator. Along this evolutionary path, Law 1034 of 1971, filling a previous lack of discipline, was a fundamental step in the building of the new system of administrative justice. This law, establishing regional administrative tribunals, laid down the rule of the previous optional hierarchical appeal, recognizing the possibility to resort directly to the administrative tribunals. Another phenomenon that has progressively emerged concerns the object of the appeal to the administrative judge. In this context, there is another novelty: the expression of a progressive re-reading of the Italian model of administrative justice in the light of the indications of the European Community. The reference is, in particular, to the crumbling of the dogma of the non-compensation of legitimate interests. In this framework the conflict also arises between the Italian Court of Cassation and the State Council on the issue of the so-called "administrative precondition" to the liability action. This conflict represents a further step in the evolution of administrative justice whose fulfilment led to the compromise solution adopted in 2010 by the Italian Code of Administrative Procedure. 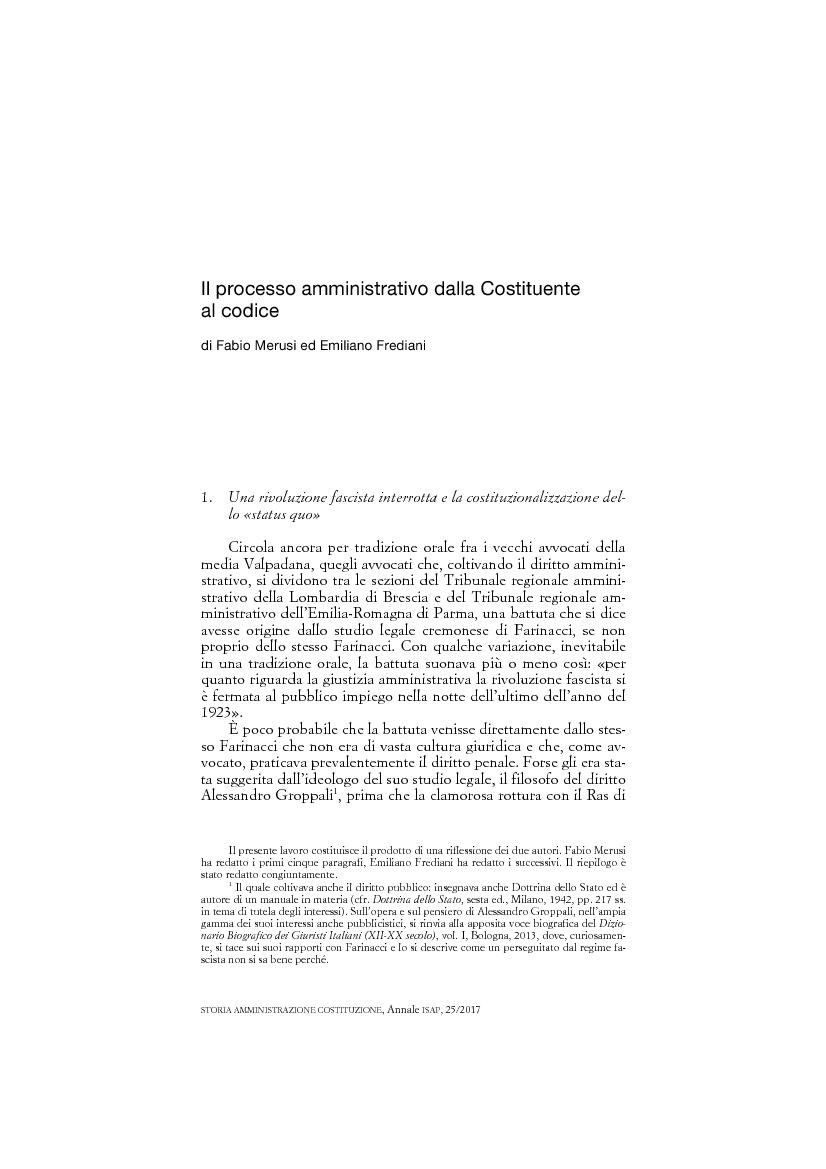