Over the last years, in Italy the issue of security in sports events (and especially in football ones) has become of paramount importance, and its management has required Institutions careful attention, providing new specific rules. In particular, starting from the 2015/2016 football season, the Rome Olympic Stadium has showed a new organizational set-up (the socalled "barriere in curva"), aimed to fight against violence, unrests, illegal practices and generally all these conducts which affect negatively security (starting from the overcrowding phenomenon which every Sunday has usually taken shape in football stadiums). Through a quali-quantitative social research, the paper analyses both which level of security supporters perceive inside their stadium, and their opinion about the new rules. The research shows that most supporters disagree with the new organizational set-up for two different reasons: on one hand, because their perceived security doesn't match with the real security which takes shape inside the stadium, and due to this "distance" the new rules appears useless; on the other hand, also due to a bad information, supporters judge the new set-up as rules against them rather than aimed to guarantee their security. 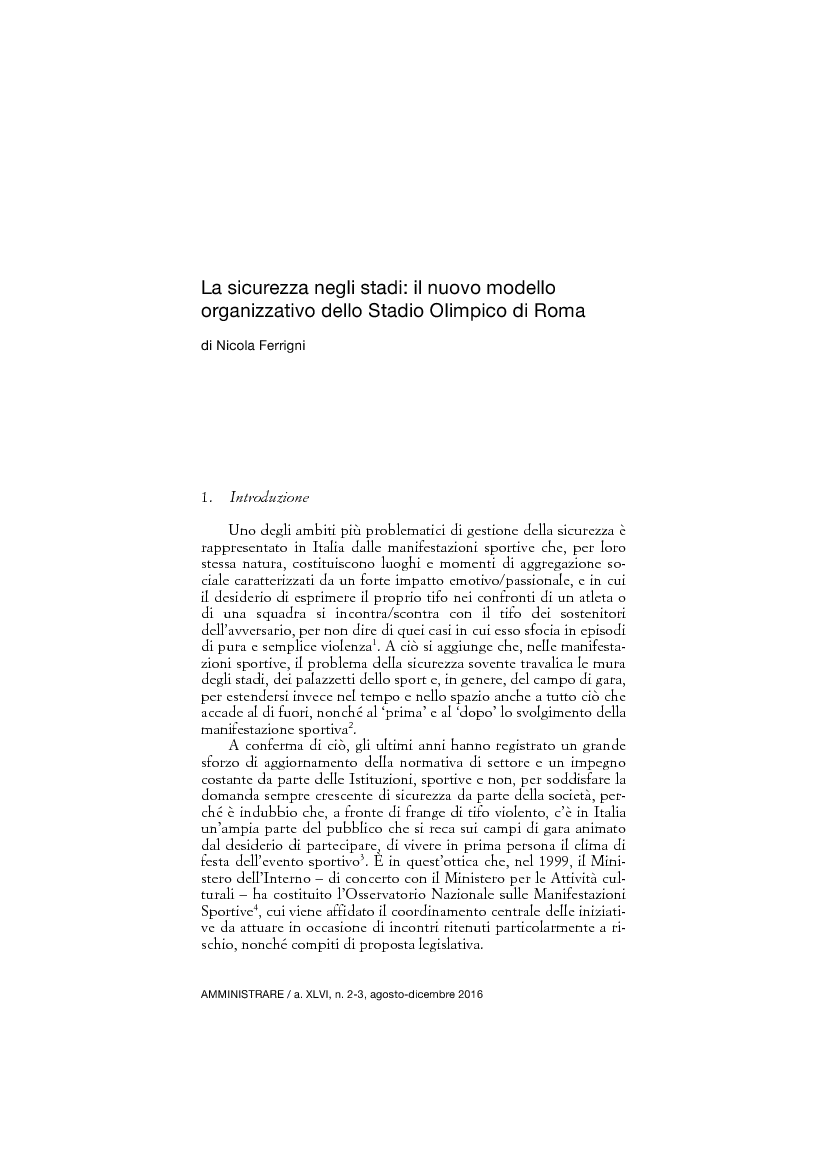