Giovanni Battista Niccolosi (1797-1877), is a jurist now almost entirely forgotten; yet it is a scholar who has played many important roles: judge of tribunals, administrative judge, professor of administrative law. He's the author of a collection of judgments of the State Council of the Duchy of Parma and Piacenza and also of the preliminary lessons in a treatise of administrative law, published in 1857. In these lessons Niccolosi offers some original ideas for its time, regarding the origins of the administrative law, the rule of law, the discretionary powers of the public administration; but they also present the apparent anomaly consisting in his ignorance of the neapolitan administrative law doctrine and his ample knowledge of the french one, both influenced by the renowned founder of Italian administrative law, Gian Domenico Romagnos. 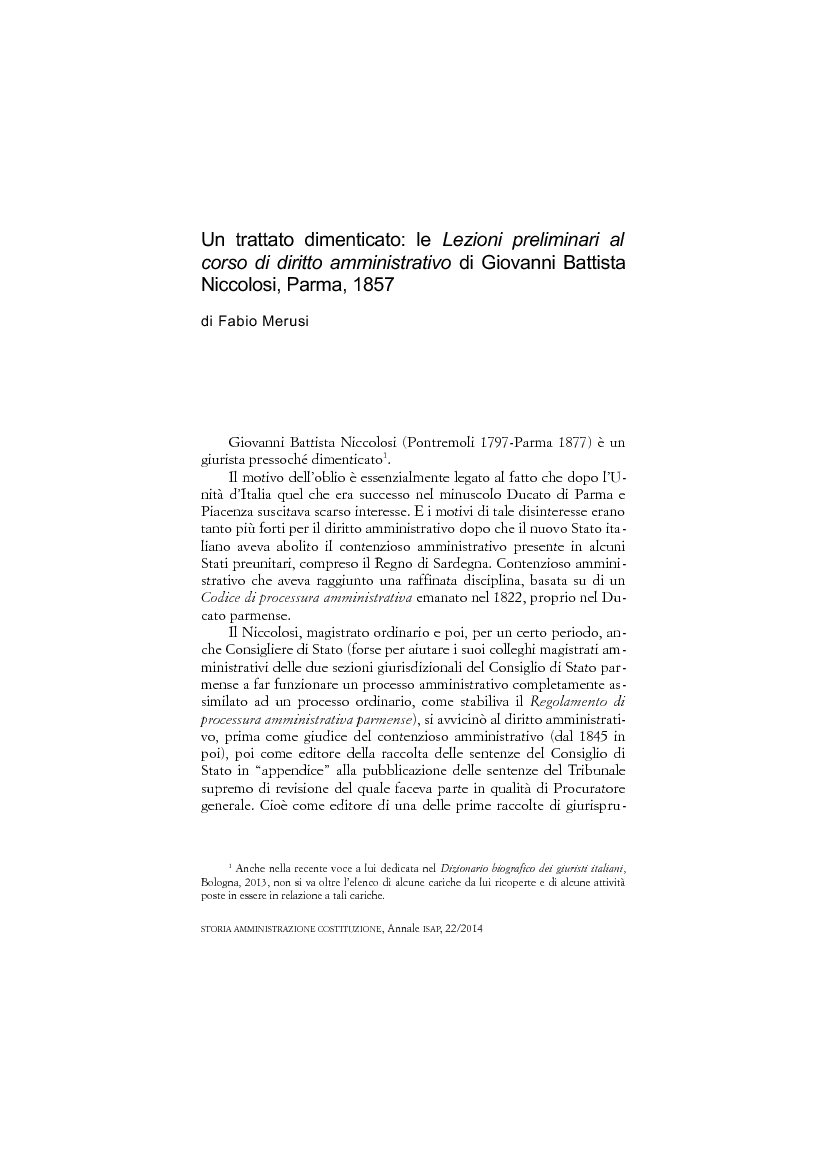