The legislator, in recent years, has introduced specific measures to contain staff costs of local authorities, including through rules restricting assumptions. The present study evaluates, through the analysis of the composition of the staff of Italian municipalities, even in comparison with the other territorial administrations, regions and provinces, some useful indications about the effects on the territory of some of the laws in force. The main results of the analysis show that over the last 4 years the number of units of municipal staff has undergone a gradual reduction. It therefore appears that the provisions to contain and reduce expenses by setting limits to the possibility of hiring prompted municipalities to curb this trend. In 2007 the staff of municipalities, amounted to 479,233 units, in 2011, the value is reduced to 446,954, with a percentage change for the period which stood at -6.7%. In addition, by comparing the average labour cost per unit detected at the municipal level with that of other territorial administrations, ordinary and special statute regions and provinces, emerges as municipal bodies tend to contain these items at lower levels. 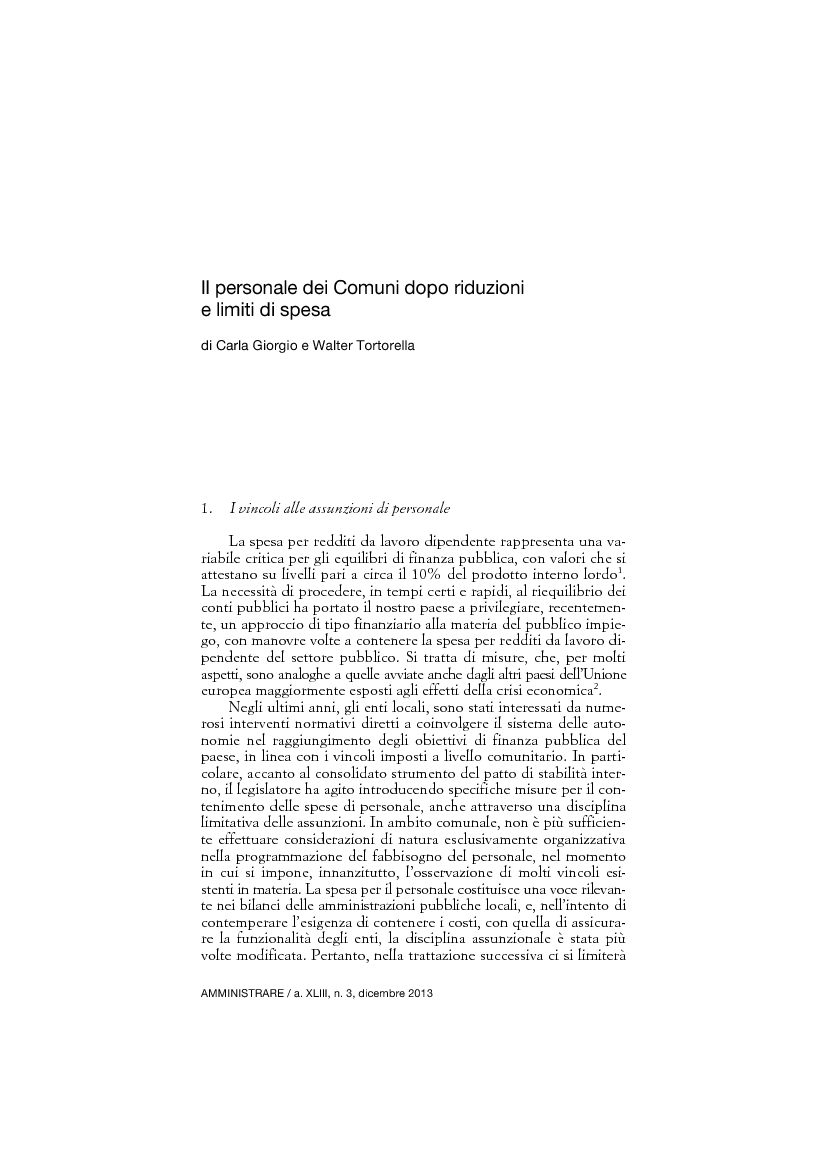