One ought to distinguish betwe en different political positions, plans and tendencies before assessing them: federalism presupposes an ac t of federation, and is different from decentralisation; territorial autonomy, which is municipal, provincial and regional in Italy, presupposes a Sta te in which such autonomy is embedded and exercise d; regionalism con cerns an area, which is halfwa y betwe en the local (town and province) and the sta tal - national and which, like the local, c an be (or not be) autonomous, capable of controlling its own policies. Italian political culture, for the most part, has been against autonomous territories. Federalists, regionalists and autonomists, though, have been the exc eption. At the moment of unifica tion (1860-61), the idea of a federation (Carlo Cattaneo) was excluded; after the dea th of Cavour, the same fa te befell the proposal of regional decentralisa tion (Marco Minghetti); autonomy was denied to Communes and Provinces (law of 20 March 1865, no. 2248, appendix A). At the start of the 20th century, Gaetano Salvemini, inspired by reading Cattaneo's writings, was the strongest supporter of autonomous regions. After the First World War, in a context of widespread regionalism, a Region, no longer corporative but now ele c ted, and moreover with legislative power, was authorita tively outlined and proposed by Luigi Sturzo (1923), the founder and secre tary of the Partito Popolare (which had 100 members in the Chamber in 1919, and 108 in 1921), but no such policy was present in the manifesto of the Christian Democra ts (1943). With the libera tion of Florence (in August 1944) prefe c ts were suppressed and the regional divisions of the CLN (National Libera tion Committee) came to the fore, in Liguria, Piedmont, Lombardy, Veneto, Emilia and Friuli. A federa tion of 'communities' (betwe en 75 and 150,000 inhabitants) was outlined by Adriano Olive tti. And ye t the period after the Second World War signalled the restora tion, pure and simple, of the c entralised Sta te. In the Constituion of the Republic, autonomous regions are a ffirmed as a basic principle (article 5), but are only establised wi th extreme ambiguity (art. 114-133). 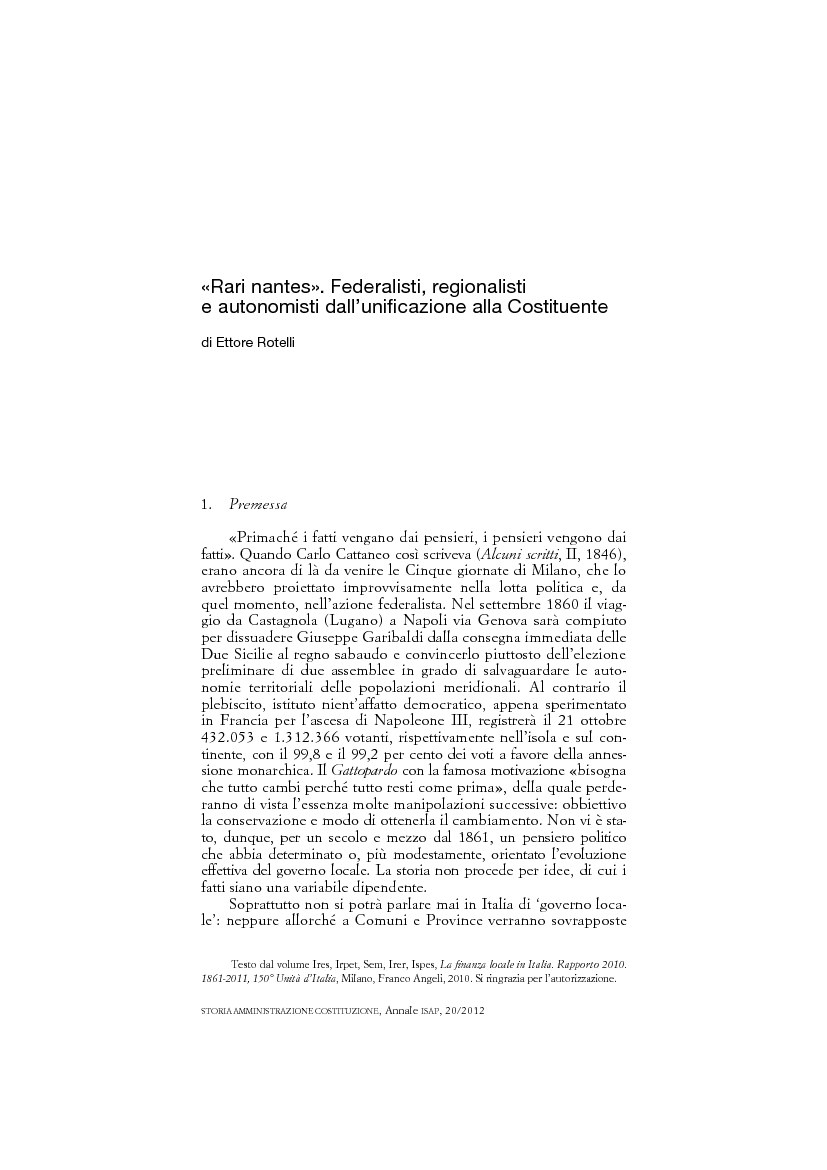