The concept of poor work is considered in broader terms and not limited to the condition of economic hardship faced by the worker. In the so-called gig economy the meaning of the term "poverty" lends itself to be understood first, as underpaid and poorly protected gig work, but also, and secondly, as a poverty of the underpinning concepts and theories that labor law can employ to frame the digital economy and to counteract the current storytelling related to digital innovations. The notion of subordination, for example, turns out to be a "poor" category and not very efficient to analyze new forms of working arrangements. In the final part, the "poverty" of work is tackled, that is the unemployment induced by the use of digital technologies. 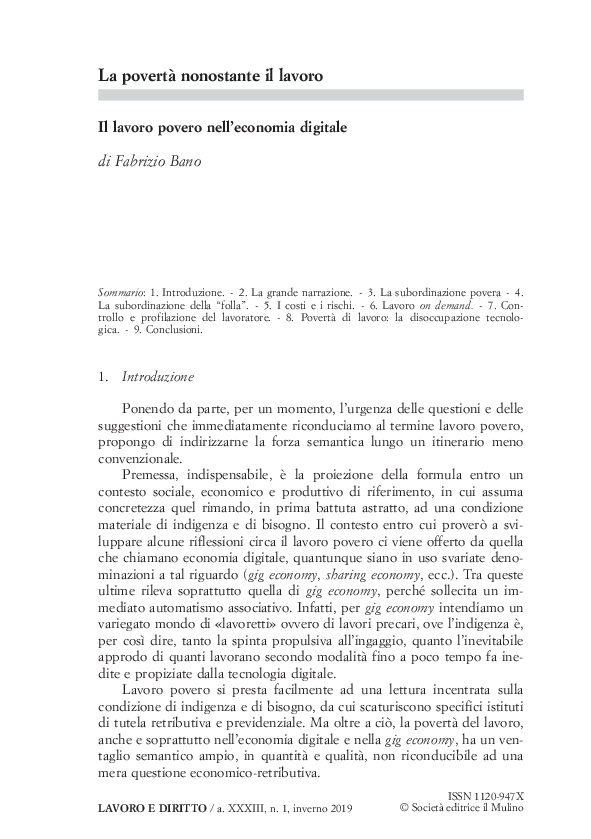