In the essay the author focuses on the constitutionality of Employment Act 183/2014 as well as its implementation by means of delegated legislation. First of all, the author puts the question whether some provisions of the Act are consistent with Art. 76 Constitution, according to which the legislative function may not be delegated by the Parliament to the Government unless establishing principles and criteria. On the author's opinion, the answer to the question is negative, as far as in the analysed provisions the lack of established criteria is evident, as well as it is evident that in some cases (e.g. the case of collective dismissal) the Parliament has not delegated the Government to provide new rules. Furthermore, the author focuses on the issue of constitutionality (in respect to Art. 3 Const.: equality principle) of the Employment Act provisions introducing new regulations about dismissal, according to which a lower protection is ensured, in case of unjustified dismissal, to the new comers employees, hired with the so called "contratto a tutele crescenti" (increasing protection contract). 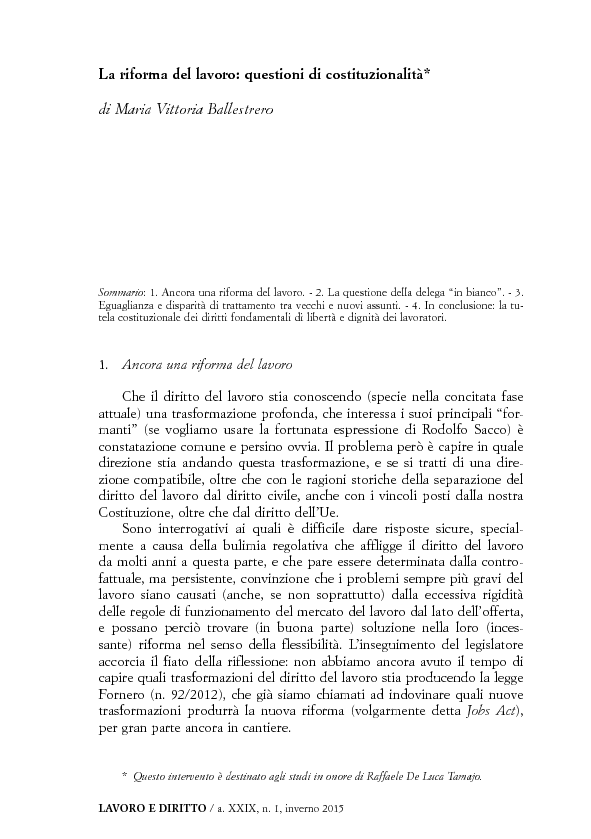