Following the analogous one published in issue 4/2013, this paper aims to reconstruct the main issues debated in 2013 in the labour law journals members of the International Association of Labour Law Journals, concentrating the investigation on foreign journals, well known to the local readers. Within the large thematic survey of these journals, the authors have chosen to stress some topics that are widely discussed on the journal: labour law reforms in front of the economic crisis, demographic change, labour law effectiveness. With regard to the other subjects discussed by Iallj scholars, they have been combined following the traditional distinction between individual and collective labour law. Finally, a paragraph concerns the international and transnational dimension of labour law, including the human rights perspective. 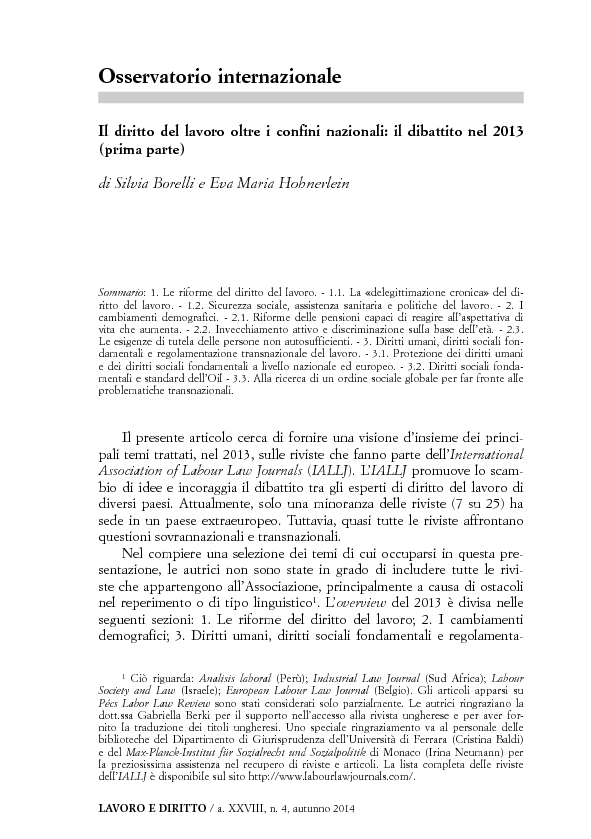