The essay examines critically the recent reform entitled "Securing Employment Act", growing out of transposing into an Act a national agreement between representative employers' organisations and trade unions. The authors focus their attention on two essential areas concerned by the reform: the labour market and the employment. With regard to the labour market, the authors point out the uncertainties of the reformers between a conception of the market as a "model" (that is: as it ought to be) and a realistic conception of the market, as a source of inequality and job insecurity, which must be corrected by removing the most painful social consequences. As far as employment is concerned, the authors focus on the progressive loss of traditional meanings of the term; as a matter of fact "securing employment" implies, among other things, the shift of responsibility from the employer to the institutions of social protection. At the end of the essay, dedicated to the new architecture of labour law designed by the reform, the authors underline how, through the promotion of plant level collective bargaining, and more specifically of collective agreements aimed at negotiating elements of the management of enterprises, the company tends to become a self-regulated centre of decision. 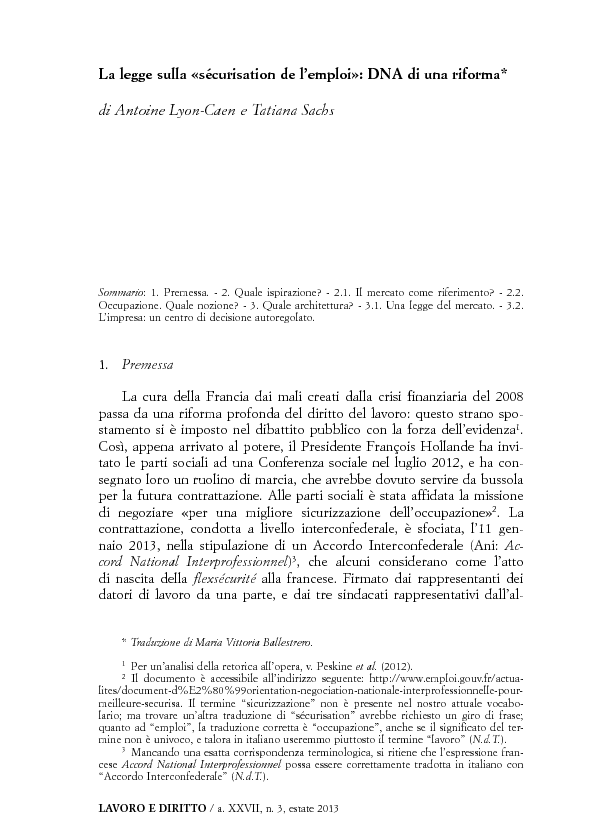