The author proposes to analyse the possible articulation between Labour Law and others aspects of Welfare State, and the different politics on Competition Law. The essay is based on a distinction between the rules referred to the principles of free competition and the rules directed to guarantee a fair competition among undertakings by a uniform labour market regulation. On the basis of this scheme, the author examines the progressive evolution of the relationship between Competition Law and Labour Law in the construction of European Union, replacing some of these aspects in a more general level of market globalisation. The author wants to trace, inside an historical perspective, a parallelism between the first European experience of Labour Law as a factor of fair competition and the legal dynamics represented by supernational collective bargaining, and, especially, by the social clause as instrument of regulation of international trade. At the end, the author extends his analysis to the different possible strategies to safeguard Social Law inside the international economic institutions, and underlines the fundamental supporting role of transnational collective action. 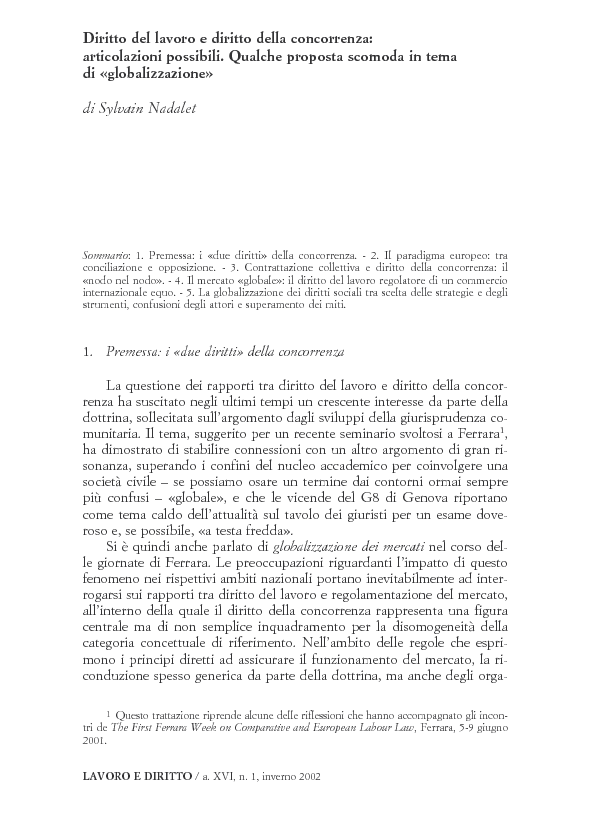