The essay examines the often conflicting relationship between Labour Law, intended as a system of "particular" rules, and Private and Public law, the great legal systems containing general and totalizing rules. This examination is conducted in a historical perspective, starting from five events located in as many critical moments in the development of Labour Law: the end of 19th century with the problem of accidents at work, the enactment of the Civil Code in 1942, the failure to implement the Constitution in the Fifties, the period of the "protection" next to the Workers' Statute, the complete "flexibility" of the early 21st century. 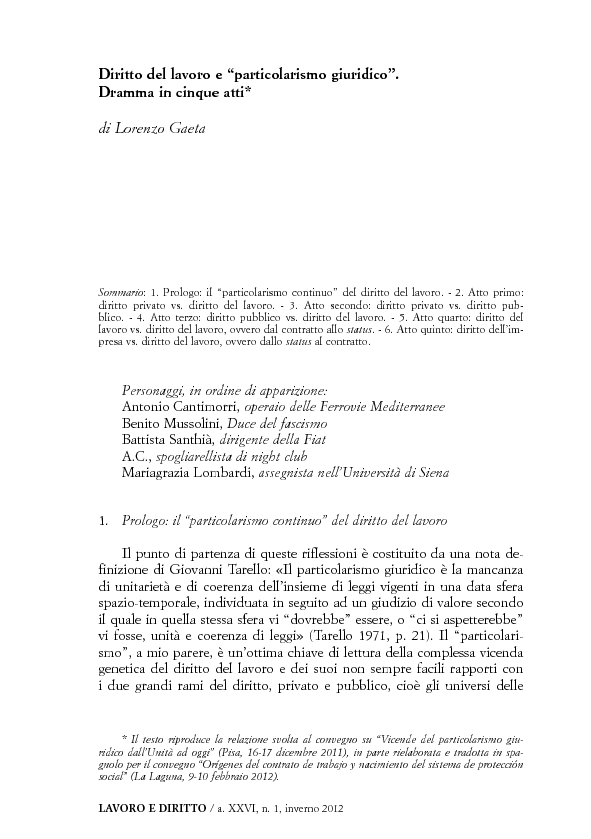