The author deals with the problematic developments which have occurred in the Italian system of collective bargaining during Summer 2011, that is the important Agreement stipulated between major social partners on June 28 and the discussed art. 8 of Act n. 148/2011, which has been promoted by the Italian Government under the siege of financial speculation. The importance of these realizations is emphasized, especially with regard to the efficacy "erga omnes" of collective agreements at plant level, which is due both to the June 28 Agreement and to art. 8. In the meantime, doubts are cast on the fact that art. 8 also allows second-level collective agreements to provide for opting-out clauses, that is to derogate "in peius" both to legislation and national collective bargaining, on a very broad set of topics. Although the author believes that the decentralization of industrial relations must be encouraged, he criticizes the interference of art. 8 in the spontaneous adjustments of the industrial relations system. 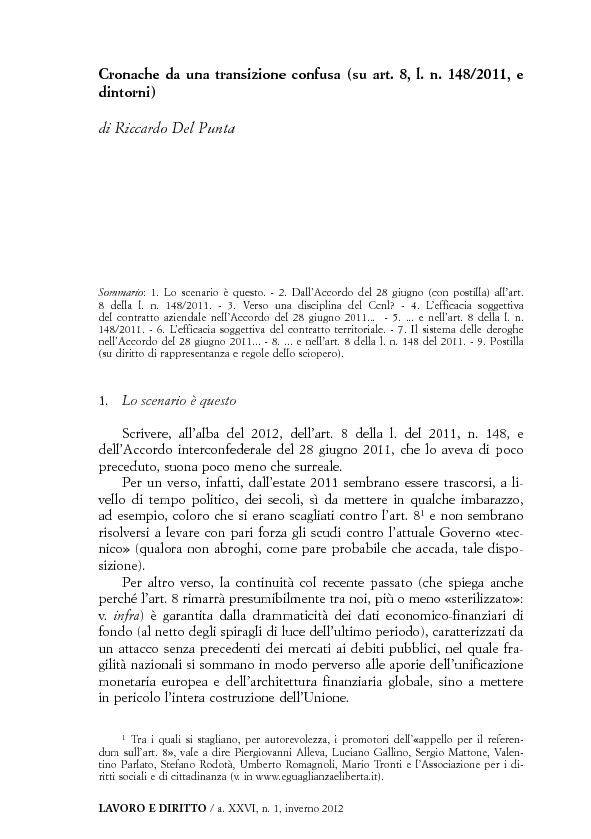