Islam preaches peace, forgiveness and appeasement. It praises the peaceful resolutions of the disputes, that allows both parties to be satisfied with the settlement. Reconciliation is ṣulḥ, a flexible instrument to overcome the conflicts between individuals, groups and states, within or across the borders of the Islamic community. It can be activated as an alternative to litigation in court, or by the judge himself, before adjudication. It is not based on the strict application of the Law (¨arīca), but rather on reason, common sense and customary precedents. The interest in ṣulḥ has further increased in the last decades; it is now presented as corresponding to, and anticipating, ADR mediation/conciliation, restorative justice and peacebuilding processes. The reliance on ṣulḥ has substantially increased both in fragile states and the transnational context were ¨arīca-compliant financial transactions take place. Ṣulḥ has become a pastoral means for the spreading of Islamic values and ethics. It confirms itself as a lasting and ever renewed feature for the design of a peaceful Islamic way of governing human relations. 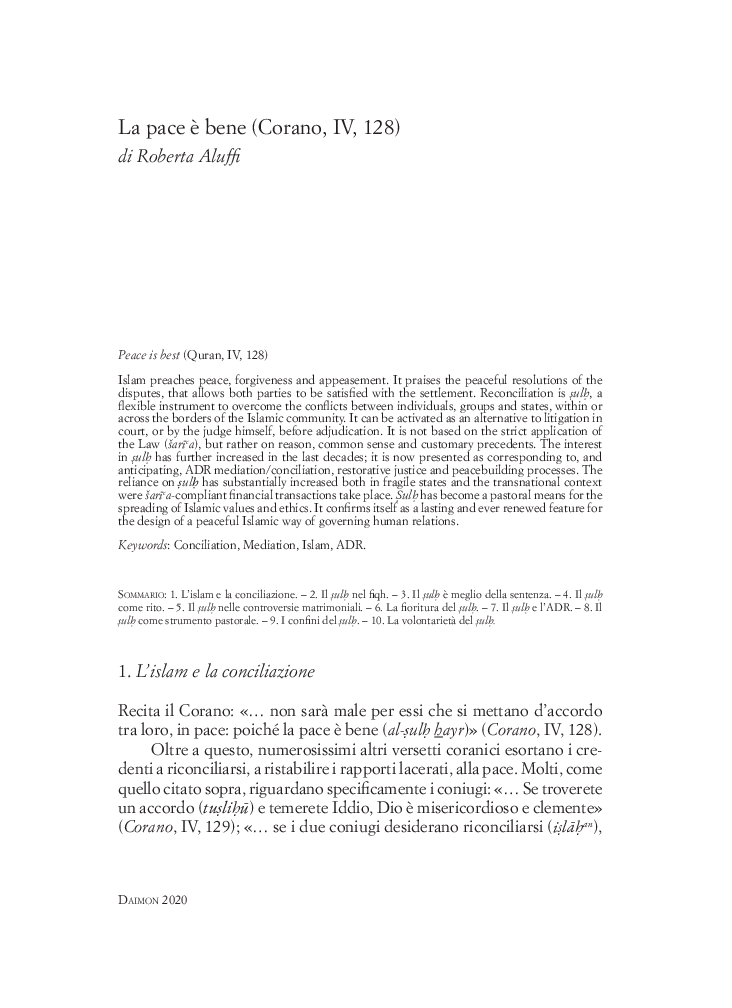