In India, the Bharatiya Janata Party (BJP)’s political dominance is characterised by some diverging cultural-religious forces and political interests, which are reinvigorating the debate on the Hindutva agenda and the role of Islam in the sovereign secular democratic Republic. By analysing those forces, this article focuses attention on two legislative acts, The Muslim Women (Protection of Rights on Marriage) Act 2019 and The Citizenship (Amendment) Act 2019, which concern respectively the Islamic talaq-e-biddat instant divorce and some rules regulating Indian citizenship. This leads to the analysis and evaluation of the content of those statutory laws in the light of the national and international constitutional rights. 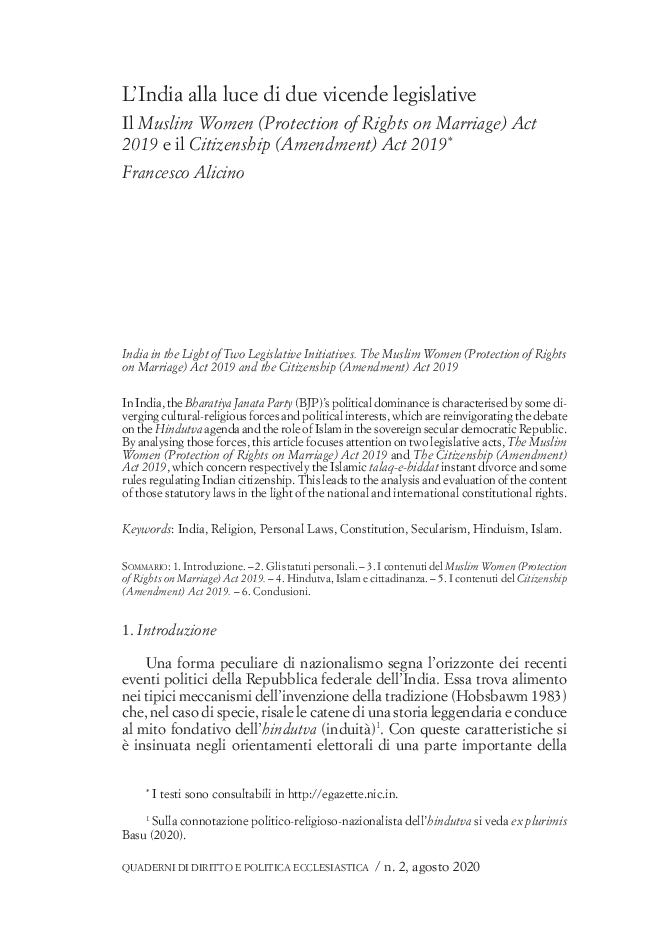