The paper provides some suggestions on the purpose of punishment in medieval legal culture. Starting from the 12th century, the contribution of canon law, theology and scholars of roman law is functional to a process of publicization of criminal law which was oriented to represent the field of criminalia as a manifestation of public power. If, according to this perspective of public interest, the main scope of punishment is deterrence – produced by both the normative threat and the execution of penalties – even a sophisticated theory of responsibility is gradually developing as a necessary condition for retribution. Both approaches, utilitarian and absolutist, intertwine and mutually complete each other thanks to the religious discourse on the opportunity of the offender’s earthly amendment as a way to gain salvation in the hereafter. 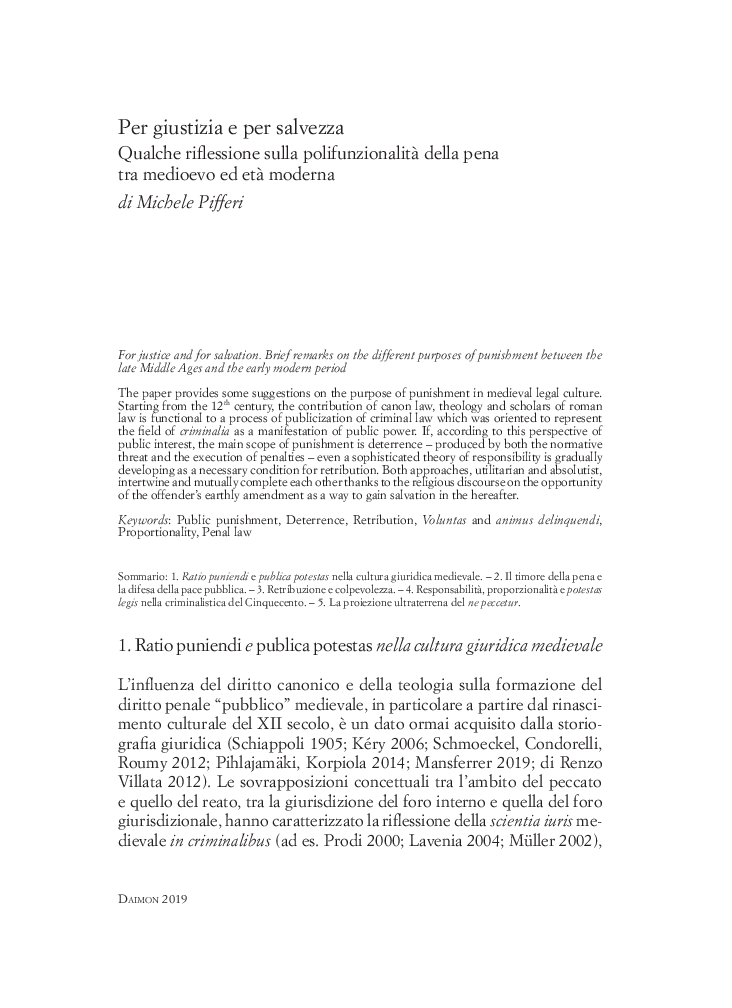