The European Court of Human Rights, deciding in cases Dakir v. Belgium and Belcacemi & Oussar v. Belgium, once again pronounced itself, like in the S.A.S. v France case, on the legitimacy of laws which prohibit covering faces in public. Choosing between public safety concerns and religious freedom, which includes the choice of women to wear burka or niquab, the Court decided to support Belgian law, just as it did for the French one for the sake of peaceful coexistence, guaranteeing that vivre ensemble that at this point it's no longer simply a french choice, but a european one. The choice to forbid full face covering garments has been adopted not only in many european countries but also in Québec, showing that the discussions regarding the full veil and its significance touch upon unresolved issues even in places far from Europe where multiculturalism has already been accomplished. 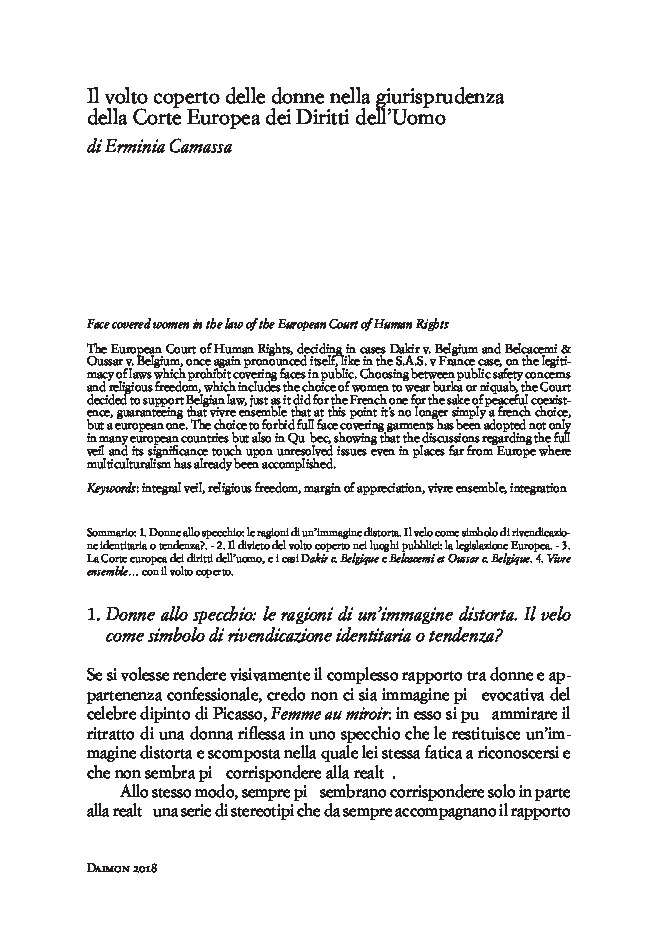