The content of the Hindu law is highly diversified, which is manly due to the historical process of what is called the "invention of its tradition". This can help to explain the condition of women within the Hindu communities, whose laws are constantly influenced by concurrent driving legal forces. This article analyses those forces, focusing the attention on the contrast between the Hindu law and the State law, with a particular reference to the legal context of the Indian Republic. This is a context where relations between the sexes and in matters relating to family affairs, (i.e., marriage, divorce, succession, etc.) are still governed by different sets of personal laws, the contents of which are based on the religious traditions, including the Hindu ones. At the same time, though, the Indian Constitution is strongly influenced by the tradition of Western constitutionalism, which implies the protection human rights and the prohibition of unreasonable discriminations, especially when they involve women and their "ius existentiae". 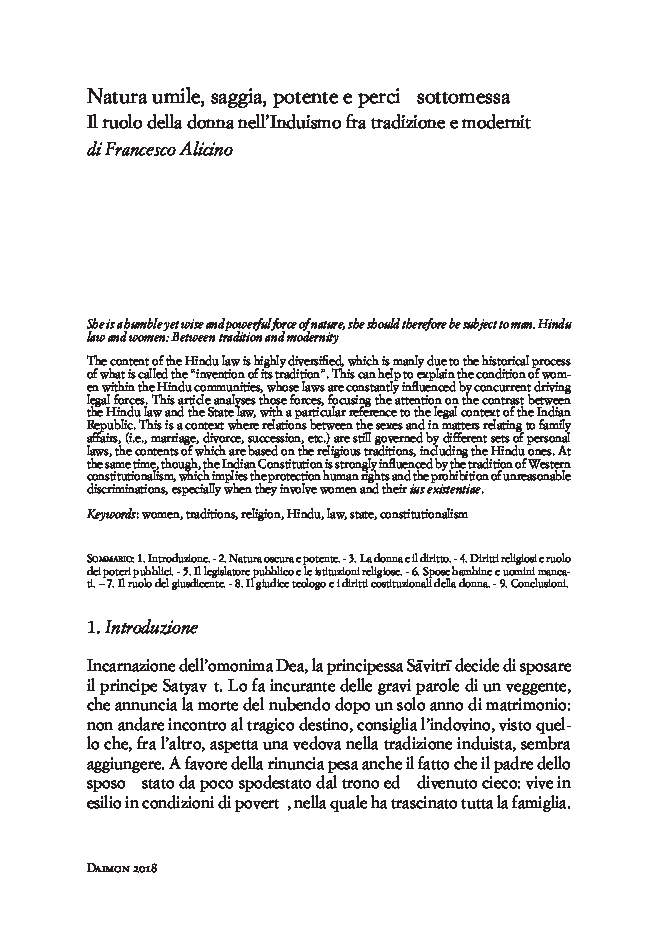