For some years now, Europe has been the destination of significant migratory flows of different groups of people, of different religious faiths, many of them coming from countries in economic difficulty or afflicted by civil wars. The phenomenon seems to be particularly evident in the italian reality, where public institutions do not seem to be neutral towards the current articulated multireligious framework, which does not yet find an adequate recognition in a legal context of which, for some time, has been hoped for greater harmony with constitutional legality. In Italy, the theoretical neutrality of public institutions towards religion arises in relation to the particular relationship with the Catholic Church and its values, from which derives the difficulty of the political class, of the judiciary and of the civil society to apply some controversial categories towards religious alterity. This is due to the problematic identification of a model that can also be adapted to religions other than the majority faith. Precisely the cultural impact of the islamic presence highlights, on the one hand, the need to harmonize the life of the foreign communities established in Italy with the espect for the fundamental norms in force, and, on the other, the need to make the constitutional guarantees regarding religious freedom as effective for all (individual and groups). 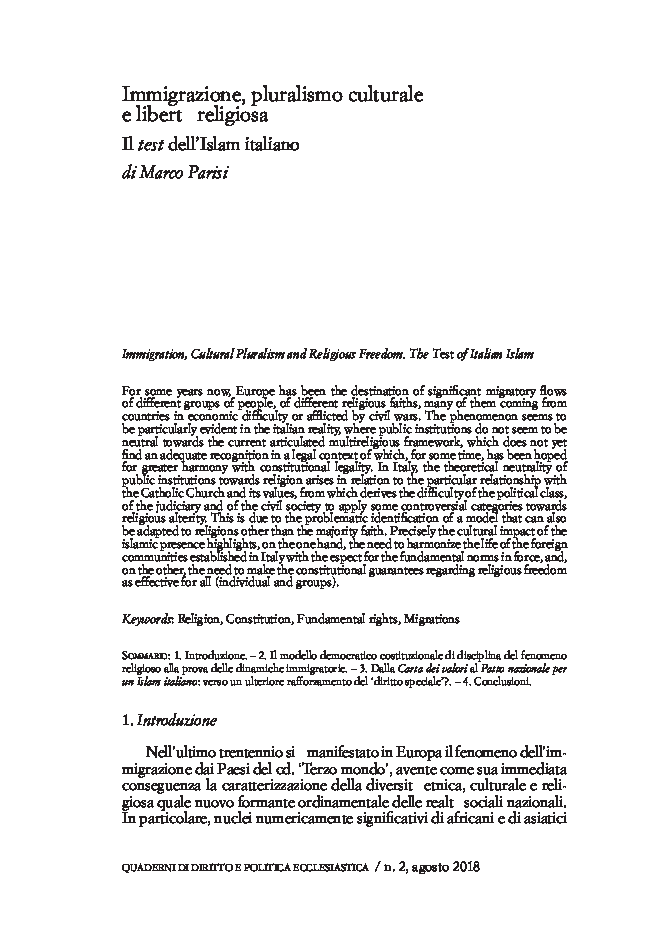