Since the mid-1920s, the Kemalist power elite has been trying to consolidate the nationalist and secularist status quo by employing a sort of Gramscian consent fabrication. They have also attempted to build a monolithic Turkish nation. The Kemalist hegemony has tried to construct as the model citizen 'Homo LASTus'. The acronym LAST denotes Laïcist, Atatürkist, Sunni Muslim, and Turk. The model citizen, LAST, meets all of these four parameters at the same time. This excluded citizens with other public identities such as non-Muslims, Kurds, Alevis, leftists, liberals and non-Sunni Muslims. 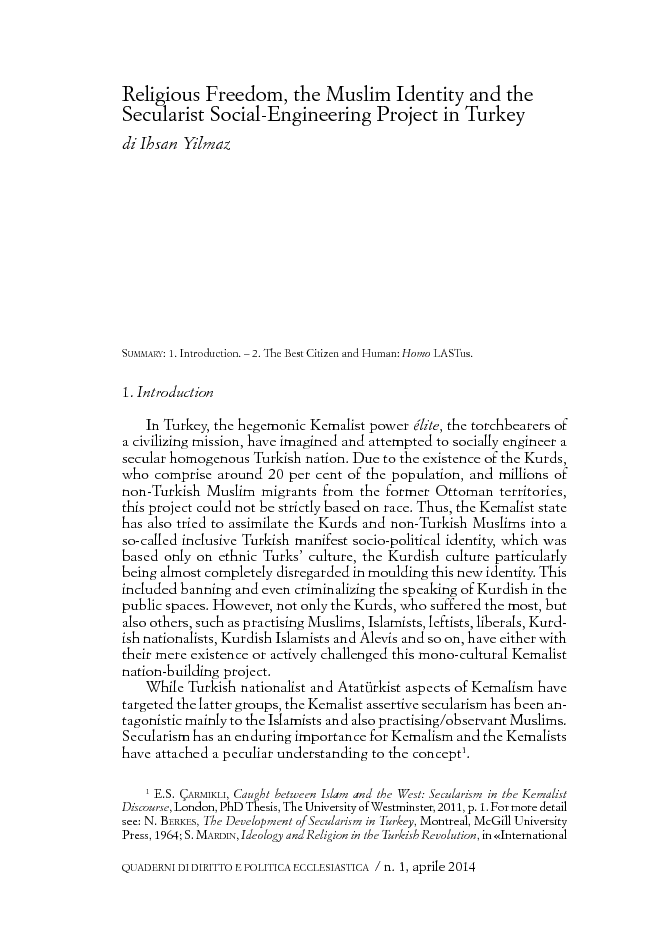